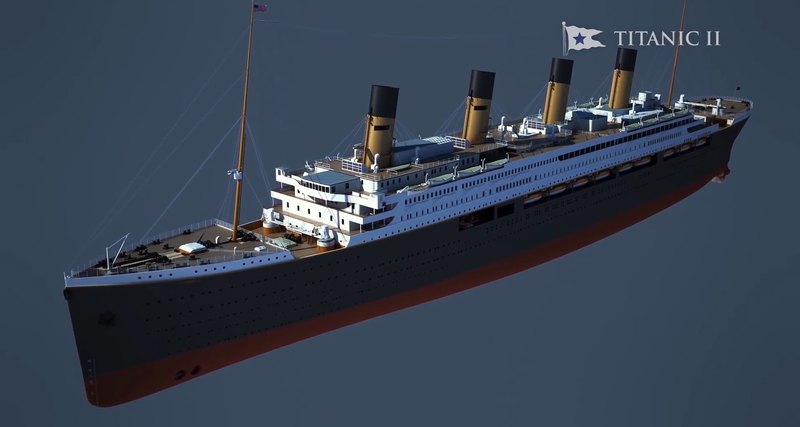 A full copy of the Titanic can go on its first trip already in 2022, and will continue to run along the same route as its notorious predecessor, from Southampton to New York.

Project created by Blue Star Line. Production of the new “Titanic” will cost about $ 500 million, it can accommodate 2,400 passengers and 900 crew members. Blue Star Line director Clive Palmer says that the date of the first trip was postponed from 2018 to 2022, to celebrate 110 years since the initial voyage. And if everything goes according to plan, then before you go on the fateful route, the new “Titanic” will first come from Singapore to Southampton.

The project was originally announced in 2012. After many financial problems, construction was suspended in 2015 and started again only this September.

“Blue Star Line will create an authentic experience, giving passengers a ship that will have the same interiors as on the Titanic, the decoration of the cockpits, but there will also be installed the latest security systems, navigation equipment and technology of the 21st century, to ensure the highest level of comfort” Says Palmer.

The first trip of the Titanic II will be a two-week trip from Singapore to Dubai, after which the ship will leave for Southampton. From there he will begin to make weekly voyages to and from New York, repeating the route of his notorious predecessor.