New traces of dinosaurs found in the south of England 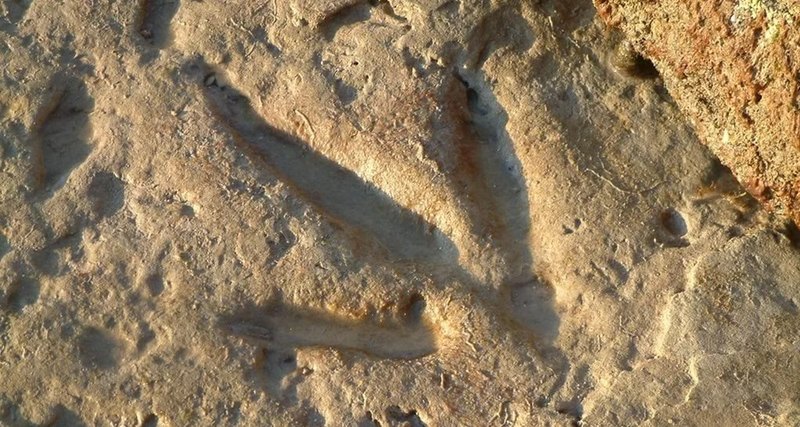 The footprints of reptiles living at the beginning of the Cretaceous, about 100-145 million years ago, were found in the south of England, near the city of Hastings. These are 85 tracks left by dinosaurs of seven different species.

The traces have been preserved very well, to the extent that individual skin scales, claws and other details can be discerned on the fossilized prints. The size of the tracks varies from 2 to 60 centimeters. They were left by the iguanodon, ankylosaurus, one of the types of stegosaurs, one of the sauropods (a large group consisting of a diplodocus, a brontosaurus and other very large reptiles) and one of the far smaller therapists. 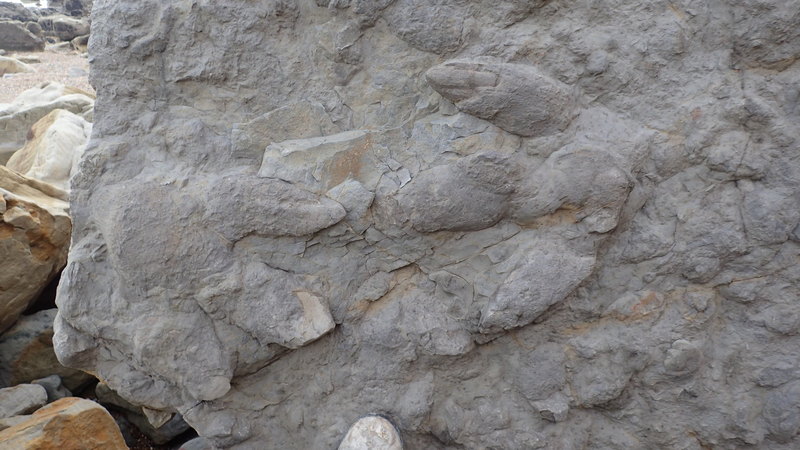 In addition to the traces of reptiles, scientists managed to find several prints of plants of that era and then invertebrates.

Apparently, traces were left around the once-existing, and then dry, source of water. They were well imprinted in a moist, soft soil, and then they quickly dried out and were buried in this form under other sedimentary rocks.

The tracks were gradually exposed as a result of erosion of sedimentary rocks in 2014–18. Apparently, it will not be a big mistake to hope that the thickness of the stone in this place may hide new traces and the process of their discovery is not yet completed. 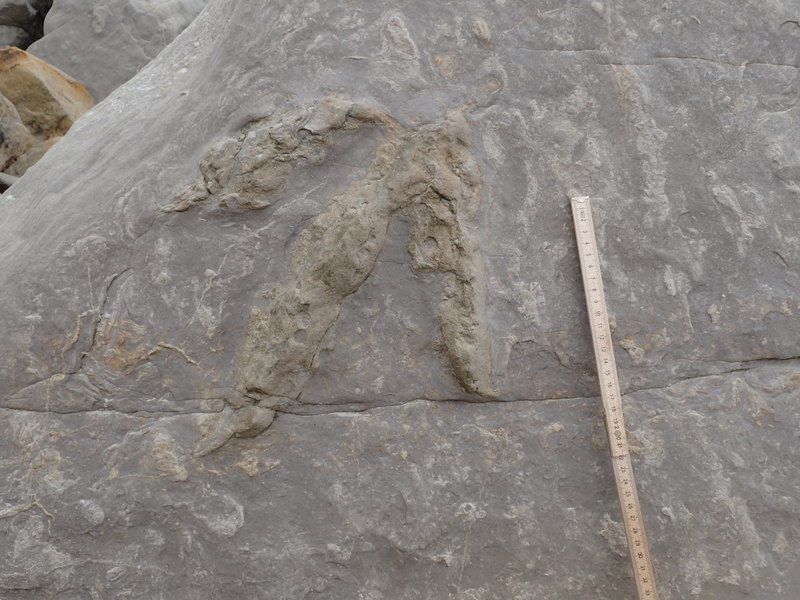 There was a therapist

The scientific significance of the finding, in addition to new data on the extremities of dinosaurs, is also convincing evidence that they lived in the same place at the same time. This can tell a lot about the nature of the lower Cretaceous and the animals and plants that lived then.

The area around Hastings is one of the UK’s richest dinosaur fossil sites. It was here in 1825 that the first skeleton of the iguanodon was discovered, and in 2016 the first reliable example of fossilized dinosaur brain tissue.

You can get acquainted with the details in the article of scientists, published in Palaeogeography, Palaeoclimatology, Palaeoecology.