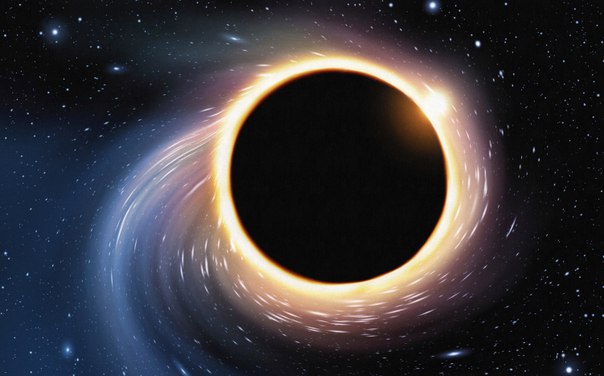 A month after Stephen Hawking and his colleagues published a paper on black holes, physicists still can not reach a consensus. Some welcome his latest work as a fresh way to solve the riddle of black holes; Others are not sure of its credibility. The former support the preprint statement – that it provides a promising way to solve the puzzle of the so-called black hole information paradox, which Hawking brought out over 40 years ago.

“I think there is a general excitement that we can look at the usual things differently, we will get out of the impasse,” says Andrew Strominger, a physicist at Harvard University in Cambridge, co-author of one of the latest works. Strominger presented the results of his work on January 18, 2016 at Cambridge University, where Hawking is based.

Many are not sure that such an approach can solve the paradox, although they acknowledge that it illuminates various problems in physics. In the mid-70s, Hawking discovered that black holes are not entirely black, but emit a little radiation. According to quantum physics, from the quantum fluctuations immediately behind the horizon of events – the black hole’s non-return points – pairs of particles must arise. Some of these particles leave the attraction of the black hole, but carry away some of its mass, which leads to a slow reduction of the black hole and to the final disappearance.

In an article published in 1976, Hawking pointed out that the emerging particles – now known as Hawking radiation – will have completely random properties. As a result, when the black hole disappears, the information stored in it will be lost to the universe. But this result does not fit with the laws of physics, according to which information, like energy, is preserved, which generates a paradox. “This work has caused more sleepless nights for theoretical physicists than any other work in history,” Strominger recalled.

It was a mistake, he explained, to ignore the potential of empty space to transfer information. In his work, along with Hawking and third co-author Malcolm Perry, also from the University of Cambridge, he turns to soft particles. These are low-energy versions of photons, hypothetical particles known as gravitons, and other particles. Until recently, they were used mostly for calculations in elementary particle physics. But the authors note that the vacuum in which the black hole is located does not need to be deprived of particles – only energy – and hence, soft particles can be present in it in the zero energy state.

Everything that falls into a black hole, they continue, leaves imprint – imprint – on these particles. “If you are in a vacuum and take a breath – suppose you breathe in a lot of soft gravitons,” Strominger says. After this perturbation, the vacuum around the black hole changes, and the information is saved, after all.

Further work suggests a mechanism for transferring this information to a black hole – which theoretically resolves the paradox. For this purpose, the authors calculated how to decode the data in the quantum description of the event horizon, known as the “hair of a black hole”.

Nevertheless, the work is far from complete. Abhay Ashtekara, who studies gravity at the University of Pennsylvania at University Park, says he finds a way to transfer information into a black hole (“soft hair”), suggested by the authors, unconvincing. And the authors admit that they do not yet know how this information could later be transmitted with Hawking’s radiation, and this is the necessary next step.

Stephen Avery, a theoretical physicist at Brown University in Providence, Rhode Island, refers with skepticism to the possibility of this approach to solve the paradox, but definitely believes that it will expand the importance of soft particles. He notes that Strominger discovered that soft particles reveal the subtle symmetries of known forces of nature, “some of which are known to us, and some of which are new.”

Other physicists are more optimistic about the prospects of this method in solving the information paradox. Sabine Hossenfelder of the Institute for Advanced Studies in Germany says that the results of “soft hair,” coupled with her own research, can resolve the controversy associated with black holes like the firewall problem. You see, there is the question of whether the horizon of events can become an extremely hot place due to the action of Hawking radiation. This contradicts Einstein’s general relativity, according to which an observer falling across the horizon would not notice sudden changes in the environment.

“If a vacuum has different states,” says Hossenfelder, “then you can transfer information into radiation without placing any energy on the horizon. Therefore, there will be no firewall. “