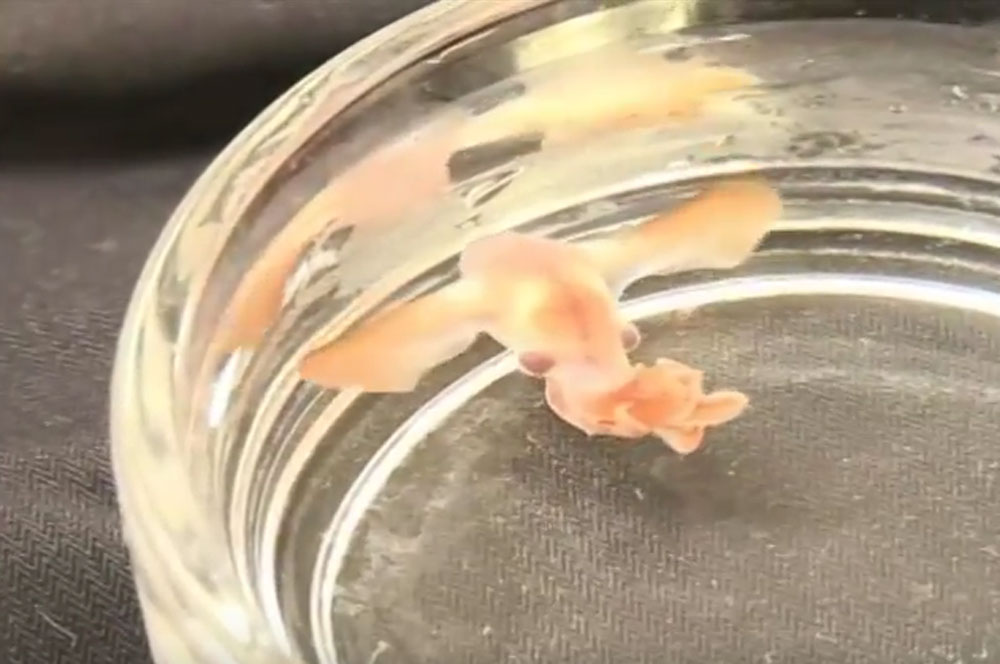 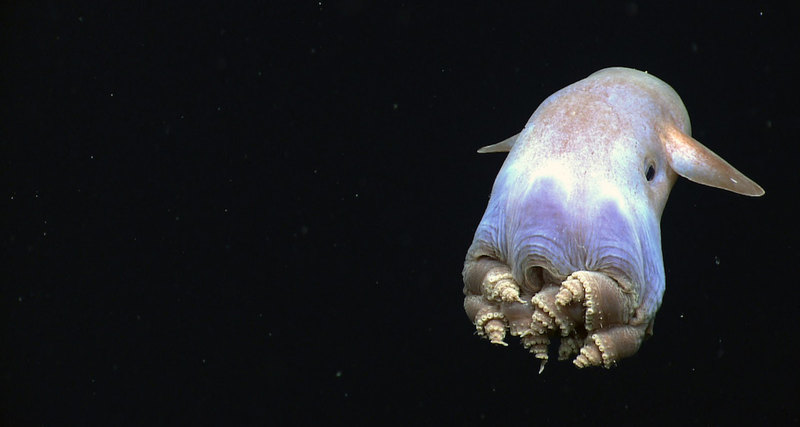 The adult “Dambo octopus”, discovered in the Gulf of Mexico in 2014

In 2005, experts from the US National Oceanic and Atmospheric Administration (NOAA) picked up an octopus egg from a depth of about 2,000 meters in the Atlantic Ocean, using a remote controlled underwater vehicle, LiveScience reports. It turned out that the detected octopus belongs to the genus Grimpotevtis (Grimpoteuthis); individuals of this genus are also sometimes called “Dambo octopuses”, because of unusual large “ears” – fins. Although scientists have been able to determine the genus, to which specific species this individual belongs, is unknown.

The researchers examined the newborn octopus with an MRI and found that he was born “with everything you need” for swimming with fins, exploring the environment and catching prey. Specialists note that the individual was born immediately with a large yolk sac containing enough nutrients so that she could live several days until she learned to search for food on her own. The study is described in detail in a paper published in the journal Current Biology.

“Dambo Octopus” dwell at a depth of 3 000-4 000 meters (although some specimens were found even at a depth of 7 000 m). These cephalopods usually feed on worms, crustaceans and mollusks.