Nightmare fish with a human face 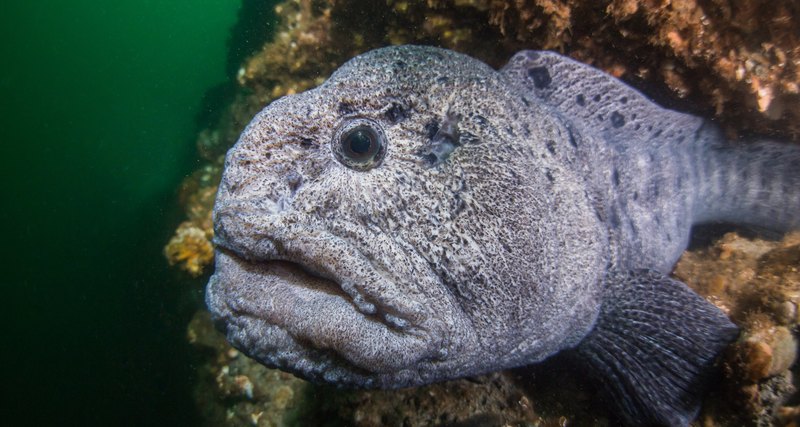 Divers who dared to plunge into the cold waters of the North Pacific Ocean, occasionally meet among the stones and algae of strange creatures with a long and flexible body, whose heads look like an ugly parody of human ones. But these are not the victims of some ancient curse, but only rare ray-fin fish.

No, this is not a cross between a mermaid and a sea serpent, but the most common catfish. They were known to Icelandic fishermen: they dried the heads of the monsters caught in the sea and showed off to the guests. Fishing for catfish was profitable: even bones and heads went to feed livestock, increasing the fat content of milk, and excellent soap was obtained from bile secretions. Despite the fact that the Zubatkovs resemble moray eels, in fact, this is an independent species of ray-finned fish. The beauty in the photo is a representative of the genus Anarrhichthys, the first and only.

In the West, catfish are often called “eel-wolf.” This is due to the amazing structure of the oral apparatus: there are several rows of teeth on both jaws, with impressive fangs in the first row. They are necessary for fish in order to hunt mollusks and crustaceans – powerful jaw muscles make it possible to crush hard shells and fishing gear with equal ease. However, on occasion, catfish are not averse to small fish. From such a way of life, the teeth quickly become useless, therefore in the winter period they are updated – the old ones fall out, and the new ones grow rather quickly and become rather long and strong in a month and a half. 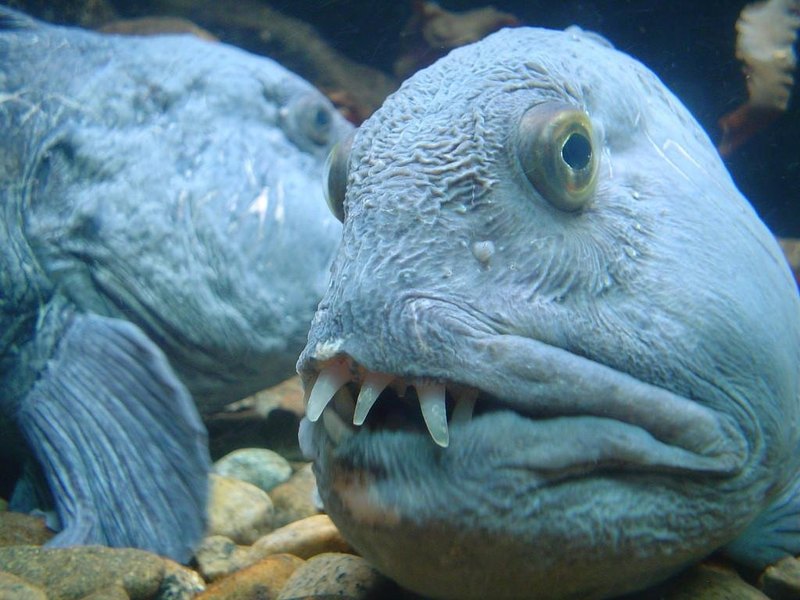 The catfish received its specific name due to … yes, its impressive teeth. In some species they are so large that the fish cannot fully close their jaws.

Another characteristic feature of the catfish is the incredibly long dorsal fin. In total, the spine of the eel-like catfish has about 200 vertebrae, which (together with the loss of the ventral fins) makes her body flexible and extremely mobile. The size and weight of adult catfish vary greatly from individual to individual: on average, fish can grow up to 2.5 meters with a weight of 40-50 kg, but according to some data, in 2008 an instance of an eel-like catfish was caught in the Gulf of Finland; as long as 8 meters in length!

Life at the bottom

Female catfish are no less “beautiful” than their cavaliers

Catfish – a passive predator, leading mainly nocturnal. Despite the formidable appearance, she is very careful and rarely attacks first. Divers often invade catfish territory – thanks to the dorsal fin swaying and body color, the fish perfectly camouflage among the algae. Their lair is a deep hole or cleft among the stones in which the predator can sleep for a whole day. The deeper a catfish lives – the more food it has and the faster it grows.

Surprisingly, these creatures are monogamous. In fights for the lady of the heart, the males ram each other with massive heads and tear each other with sharp fangs. Natural protection – thickening around the eyes and thick lips – do not always save, so the proud winner walks all his life with scars. The female lays from 40 to 600 thousand eggs, which are glued together in one big ball and stick to the bottom. Males watch over her while females get food.