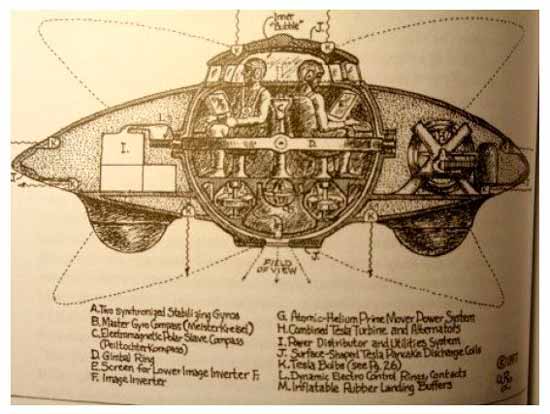 Nikola Tesla is one of the most innovative and mysterious people that ever lived. If Tesla did not invent and explore everything he did in his time, then our technologies would be much weaker today.

But is there something more in the phenomenon of Nikola Tesla? Maybe he actually had contact with aliens, as it was once publicly said?

Tesla is one of the most amazing inventors of our civilization, his knowledge and ideas go far beyond what was known and accepted in his life.

Of course, Tesla was a genius, and the fantastic idea of ​​his inventions and ideas had no boundaries looking far into the future. More than a hundred years ago, during the first decade of the twentieth century, Tesla applied for a patent for a peculiar airplane, which he named as the world’s first “flying saucer” – the world’s first man-made UFO.

The methods used in the design and arrangement of the flying saucer are described by those who claimed to have seen UFOs from the inside: large-size disk-shaped capacitors to provide enough traction for the flight, while other small capacitors allowed the control of the direction of the flying saucer, the gyroscopic stabilization system and the electric drive management.

Tesla’s experiments in the field of electricity, radiotelephony, etc., are widely known, but considering the interior of a flying saucer technical shock is unavoidable: the ship was equipped with flat screens, external video cameras for pilots to observe blind spots. Such eyes, made of electron-optical lenses, allowed the pilot to see all the space around the apparatus.

Screens and monitors are placed on the console, where the operator can observe in all areas around the ship. Another trick on Nikola Tesla’s flying saucer was magnifying lenses, which could be used without changing the position. 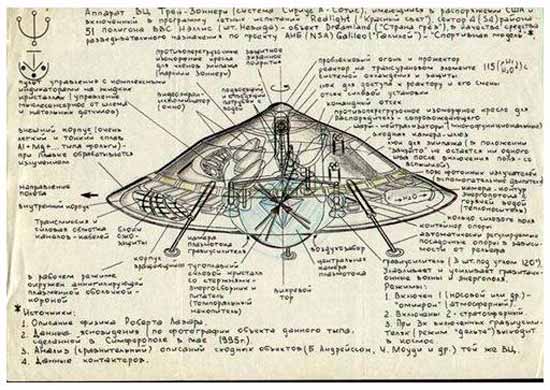 UFO, technology born of the genius of Tesla, a hint of extraterrestrials?

Basically this incredibly well-designed flying saucer is the airplane, the one that we could build today. Or have we already built it sometime? What happened to this invention? Why do not we fly into space with the incredible electrical technology of Tesla’s invention?

Although the patent was issued, a flying saucer or what is also called a UFO, born of the amazing imagination of Tesla, had a significant drawback: the device did not have its own energy source on board, the device needed to be powered by the Tesla wireless transmission towers – the sources of “free energy” .

However, the lack of funding for the project of wireless and cheap electricity led to the abandonment of the development of the towers, so that eventually the aircraft Tesla never did. But was it never done exactly? In fact, there is no firm belief in this, because the US secret service arrested all the patents owned by Tesla after his death “for reasons of national security” – as it was motivated.

It’s an amazing thing, but if Tesla’s ideas were insane (for example, a genius wanted to cover the entire sky above the Atlantic), why would the US intelligence services take possession of patents for reasons of national security? The answer to this is simple and fairly transparent …

The ideas of the great Nikola Tesla are incredible and lie a step ahead of their time, many of his inventions aimed at promoting world peace through free access to energy resources, greatly embarrass the governments and financiers of the time (and our time, too).

Years later, Tesla’s revolutionary models and technological projects were used by the Nazis (and quite differently from what he imagined it was), and now numerous projects are being carried out by members of the secret service, far from the public eye.