No ecocide on Easter Island was not 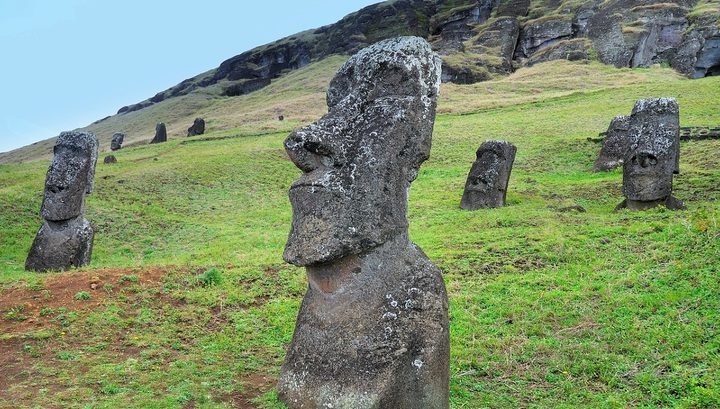 Easter Island (or Rapa Nui) is known for two things: giant moai statues, and an example of ecocide. The term ecocide refers to the mass destruction of the plant or animal world, the poisoning of the atmosphere or water resources, in general, the reckless misuse of natural resources, which inevitably leads to an ecological catastrophe.

When Europeans first landed on Easter Island in the 18th century, they found mostly barren lands. Giant palm forests were cut down by the natives – most of the wood was used to create mechanisms that raised huge stone statues, the rest was used for heating and cooking.

Deprived of palm trees, the local people cut themselves off the sea routes: they simply had nothing to build a canoe, and they could not fish anymore. On the island, the struggle for resources began: chickens, rats and some crops were eaten. But since Easter Island is not the most fertile land, yields here have been constantly decreasing due to erosion.

This is the traditional version of the island’s history, but a new study conducted by an international team of archaeologists and anthropologists refutes it.

After analyzing the remains of people, animals and plants dating back to 1400 AD, researchers concluded that the diets of local residents were much more diverse than was believed. Analysis of stable isotopes of carbon and nitrogen, as well as analysis of amino acids present in bone collagen, showed that approximately half of the protein in the diet of aborigines came from sea food.

By the way, no rats, judging by the same data, the islanders did not eat. In addition, the scientists found that the infertile soil of the local people mulched, that is, fertilized, including using small stones. “The food they received from terrestrial resources came from clearly altered soils: they were enriched for growing crops,” says Professor of Anthropology at Binghamton University Carl Lipo.

It turns out that the ancient people of Easter Island had extensive knowledge of how to improve the environmental conditions, as well as to establish a sustainable supply of food. All this does not fit in any way with the theory of ecocide, the authors of the study believe.

“Rapa Nui people skillfully used their resources, all misunderstandings come from our preconceived notions about how a farm should look like,” the professor continues. According to him, when scientists did not find farms on the island in their usual sense, they made hasty conclusions that the local civilization simply exhausted all resources.