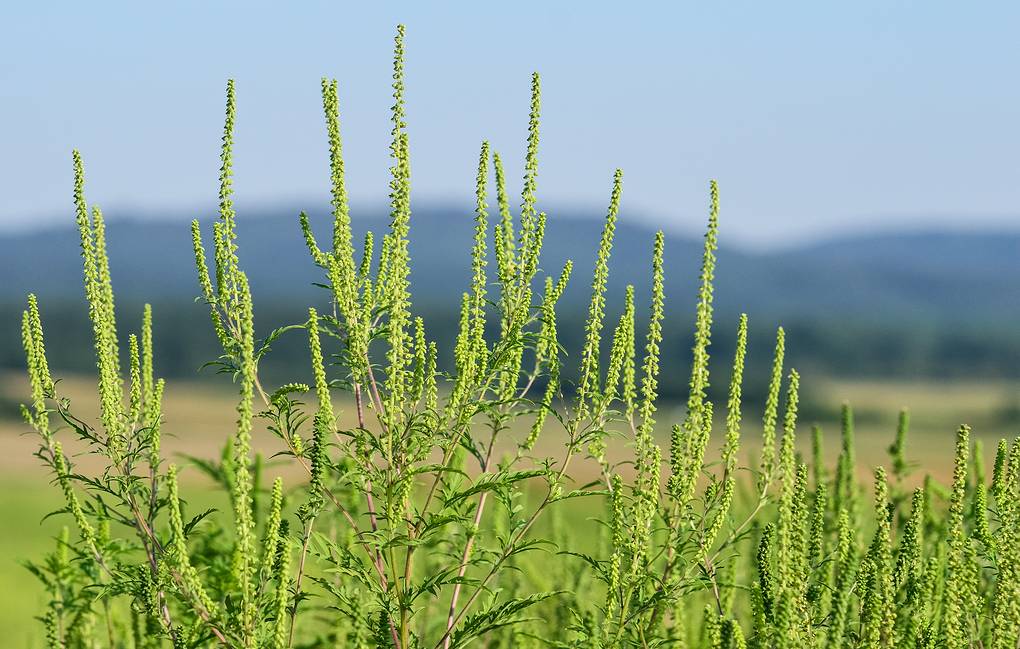 The spread in Europe of the North American weed ragweed has led to approximately 13.5 million cases of allergies. Such conclusions were made by scientists whose research was published by the scientific journal Nature Communications.

“Our study shows that we significantly underestimate the damage that ragweed does to human health and the European economy. On the other hand, these same observations indicate that this problem can be addressed with the help of leaf beetles of the species Ophraella communa that eat this plant. “, Said one of the authors of the study, ecologist from the intergovernmental organization CABI (The Center for Agriculture and Bioscience International) Urs Schaffner.

One of the main problems for the ecological situation of the Earth several decades ago was the so-called invasive species. So biologists call animals that came to new territories due to the “help” of a person.

In particular, the entry of Brazilian fire ants into the United States in the middle of the last century led to the fact that several species of snails disappeared from the face of the Earth, and the number of other species of invertebrates and even mammals decreased significantly. In turn, the African fungus of the species Batrachochytrium dendrobatidis, which penetrated into Europe, America and Asia, has destroyed 90 species and millions of amphibians over the past two decades.

A striking example of invasive plant species, as noted by Schaffner and colleagues, is the so-called ragweed (Ambrosia artemisiifolia), an herbaceous plant from the aster family. Her homeland is in North America. Over the past two decades, ragweed has spread to the states of the former USSR, including Russia and Ukraine, the countries of South Asia, as well as three dozen countries in Europe.

According to the estimates of American doctors, this plant caused about 25% of allergies in the United States. In this regard, its appearance in the countries of the Old World aroused great concern of doctors. Unlike the USA and Canada, where rags are constantly attacked by beetles of the species Ophraella communa and many other insects, in Europe this plant has no natural enemies. Due to this, ragweed produces significantly more pollen and blooms more often.

Seven years ago, the Ophraella communa beetles were accidentally brought to Italy and a number of other southern European countries, where they took root and began to eat ragweed. Environmentalists tried to evaluate the positive and negative consequences of this event, as well as to understand how strongly the spread of this plant influenced the frequency of allergies.

To do this, they studied how, over the past seven years, the amount of pollen from Ambrosia artemisiifolia has changed in different regions, depending on whether leaf beetles live there. Scientists have compared these data with the number of diagnosed cases of allergies. It turned out that the level of danger of ragweed to the health of Europeans was greatly underestimated.

In particular, in 2013, more than 13.5 million Europeans suffered from allergies caused by Ambrosia artemisiifolia pollen. Economic damage from the spread of ragweed, according to estimates by Schaffner and his colleagues, amounted to approximately € 7.4 billion, which is approximately eight times more than previous estimates. The southern regions of France and northern Italy, as well as Bulgaria and a number of other countries in southeastern Europe, were particularly affected.

On the other hand, as subsequent observations and experiments of environmentalists have shown, the spread of beetles in some regions of Europe has significantly improved the situation in them. Within three years after their appearance, the number of ragweed pollen particles in the air decreased by about 82%, and in some parts of Italy it completely disappeared.

According to Schaffner and his team, this suggests that Ophraella communa can be used to combat the further spread of ragweed. Their widespread distribution, according to scientists, can reduce the number of allergies by 16% (2.3 million cases). This will significantly reduce the burden on the healthcare system of the EU countries and other states of the region.