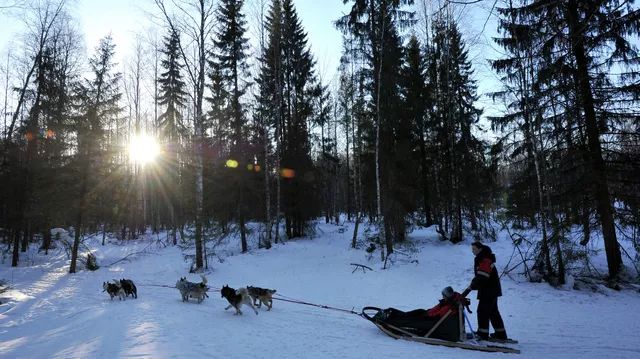 Even a small warming could drastically change the Earth’s northern forests. Scientists from the University of Michigan made this conclusion based on a unique five-year experiment. Scientific article published in Nature.

Northern boreal forests are composed primarily of conifers. From the north they are limited by the tundra, and from the south by the forest of the temperate zone. It is one of the largest ecosystems on the planet, as well as a major source of wood and a carbon sink.

The experiment was conducted at the University of Minnesota. 4500 seedlings of nine native tree species were used – five broad-leaved and four coniferous. Different species of fir, spruce, pine, maple, birch and oak were planted among grassy, ​​shrubby and fern vegetation. Trees and soil near them were heated around the clock from early spring to late autumn without the use of greenhouses. With the help of infrared lamps and heating cables, the conditions of two scenarios of climate warming in the 21st century were recreated: by 1.6 degrees Celsius and by 3.1 degrees Celsius. In addition, rainfall was reduced by about 30% with the help of movable tarpaulins installed at random sites. The control group of trees grew under normal conditions.

The study showed that even a relatively small (1.6 °C) climate warming created serious problems for many tree species, in particular, a decrease in growth and an increase in the death of seedlings. Reduced rainfall has increased the negative impact of warming on the survival of several boreal species.

The researchers found that warming alone, or combined with reduced rainfall, increased juvenile mortality for all nine tree species and dramatically reduced the growth of several northern conifers—balsam fir, white spruce, and white pine—that are common in boreal forests.

At the same time, moderate warming has encouraged the growth of some broadleaf species, including some oaks and maples, which are more common in temperate forests.

However, the authors of the paper believe that hardwoods will probably not be able to quickly fill the void in the event of the disappearance of conifers. Therefore, predicted climate change in the near future is likely to bring modern boreal forests into a “new state”.

“At best, it will just be a poorer version of our current forest,” said study lead author Peter Reich, director of the Institute for Global Change Biology at the University of Michigan School of Environment and Sustainability. “At worst, the new state could lead to the spread of invasive shrubs that are already actively moving north.

Such changes could reduce the ability of boreal forests to produce wood, support plant, microbial and animal diversity, deter floods and, perhaps most importantly, scrub carbon from the air and trap it in wood and soil, he says.