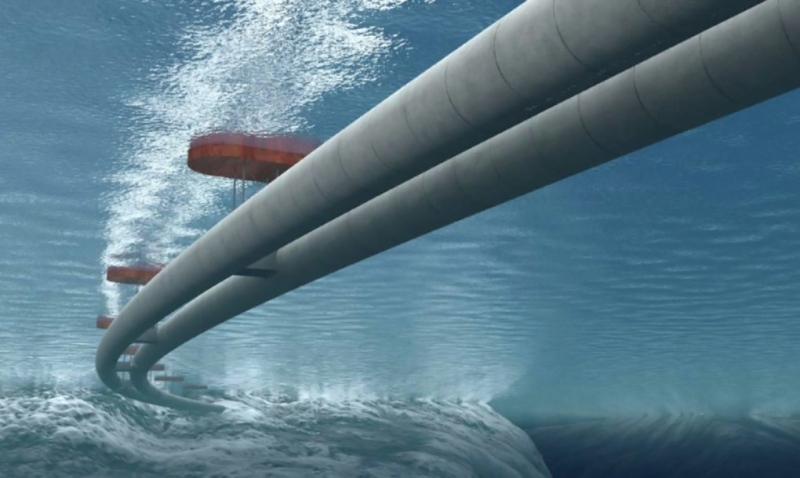 An ambitious plan Norway, a small but very rich in Scandinavian kingdoms, consists in using a network of underwater tunnels to facilitate the work of the ferries, and at the same time significantly reduce their number. Steam is good, but too many of them, they are much in the way of passing vessels, accumulating in large quantities in the same places. Plus it’s still not very nice, and travel with them often becomes two or three times as long and tedious.

Underwater tunnels allow visitors to travel without the aid of ferries, and this means that you no longer have to check my diary and be afraid to be late for the next crossing. “Submerged floating bridges” — so they are called, according to the project, represent the large pipes, fixed by means of special platforms at a depth of about 30 meters. The pontoons, which will be the tunnel will be reinforced beams going off into the bottom of the reservoir. Each of the tunnels will be wide enough to lay on it two lanes. 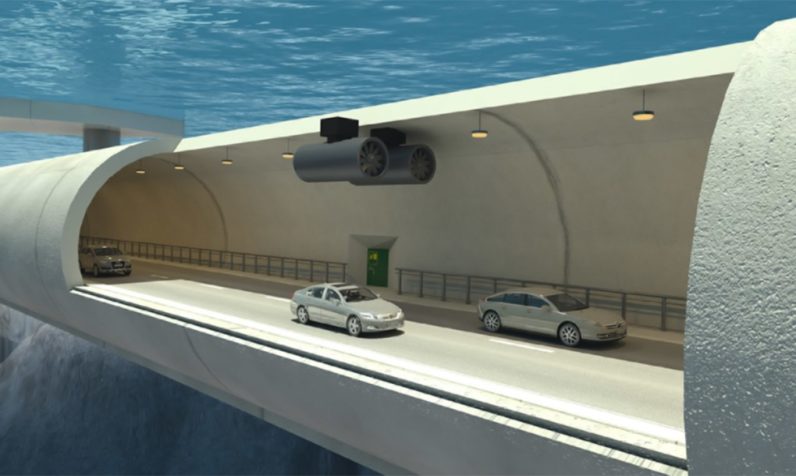 The problem is long overdue. Now, to get from Kristiansand to Trondheim, you need to drive about 1100 miles. So it takes about a day from the seven ferry crossings, standing in the way. Many ferdov and difficult terrain — the main reasons why the country has so many ferry crossings that became in our time is not the most efficient way to transport goods and passengers. Much easier to travel by personal car is not distracting, so it was decided to develop the project of the tunnel.

According to preliminary calculations, the implementation of ideas will cost $ 25 billion, but by 2035, the time that people spend in transit, will be reduced almost twice, and all thanks to the underwater tunnels.

The question arises: why not build conventional bridges, spending less money and meeting where a shorter time? The answer is simple. Because of the terrain and weather conditions bridges are not the best option. Who knows, maybe for the usual tunnels arrive, and the passenger Hyperloop?