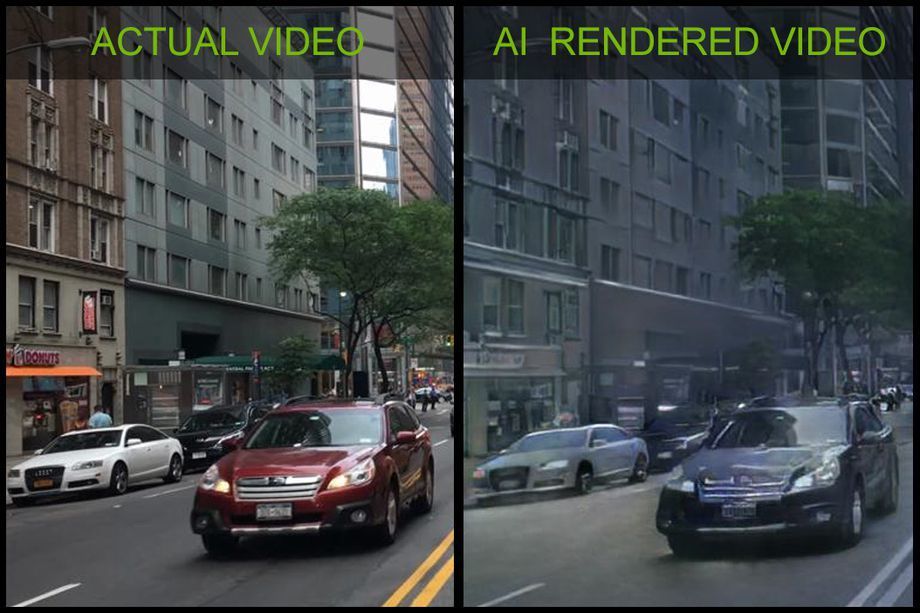 Today NVIDIA has shown a unique software platform that combines the visual effects created by AI with the traditional video game engine. The result is a hybrid graphics system that can be used in video games, movies, and virtual reality.

The platform uses a type of neural network known as a generative adversary network or GAN (she painted a portrait recently sold at Christie’s for 30 million rubles). In the game presented by Nvidia, players move through several city blocks completely created by AI. At the same time, it works on a single Titan V graphics processor (however, this is professional equipment for $ 3,000).

The uniqueness of the game is that when developing it, the AI ​​was first “taught to drive” on algorithms of unmanned vehicles. After he had formed an “understanding” of the process, the computer was taught to distinguish objects – the sky, cars, trees, roads, buildings, in order to create their own kind. Then the neural network created a living world based on the Unreal Engine 4 in which real-time graphics are generated for each category of objects.

The developers admit that while the technology is at a very early stage, it will probably take several decades until the graphics created using AI will appear in consumer products. They compare the situation with the development of ray tracing – the main trend of modern GPUs. Only the realism with which the AI ​​manages to recreate any objects and situations scares.