Nvidia to supply equipment for Leonardo, a 10 exaflops supercomputer 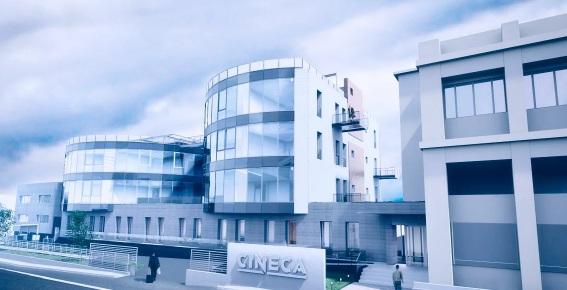 In January, Italy’s Ministry of Education, Universities and Research (MUIR), the National Institute for Nuclear Physics and the International School for Advanced Research unveiled Leonardo, a new supercomputer to be built at CINECA that is capable of performing “exaggerated” calculations for research and innovation.

Hardware partners for the project, which was approved by the European joint venture EuroHPC, a joint supercomputing project between national governments and the European Union, were not initially named. But today Nvidia confirmed that it will supply Leonardo with Ampere-based graphics cards and a 200GB / s Mellanox HDR Infiniband network to deliver performance up to 10 exaflops.

Scientists will be given access to Leonardo to predict extreme weather conditions as well as to analyze data from electromagnetic waves, gravitational waves and neutrinos.

The Leonardo will be built from Atos Sequana nodes, each with four Nvidia Tensor Core graphics cards and one Intel processor of unknown architecture. (Atos is Nvidia’s systems partner headquartered in France.)

Mellanox HDR InfiniBand Dragonfly + connectivity will include on-network computing engines that deliver low latency and high bandwidth, and Ampere graphics cards will be capable of accelerating over 1,800 commonly used applications up to 70x, including Quantum Espresso for materials science, SPECFEM3D for science Earth and MILC for Quantum Physics.

In terms of the operating system, Nvidia says Leonardo will run the same CUDA software as Nvidia’s existing CINECA system.

Leonardo will join the EuroHPC supercomputer network in the Czech Republic, Luxembourg and Slovenia.

Luxembourg-based MelaXina, which will target financial services, manufacturing and healthcare applications, will connect 800 Nvidia A100 graphics cards over 200 Gbps InfiniBand HDR links, delivering up to 500 petaflops.

As for the new Vega supercomputer at the Institute of Informatics in Maribor, Slovenia, it will include 240 A100 video cards and 1,800 InfiniBand devices with 200 Gbps HDR support.

Finally, the IT4Innovations National Supercomputer Center will host what is expected to be the most powerful supercomputer in the Czech Republic: an Apollo 6500-based system with 560 A100 graphics cards, delivering nearly 350 petaflops of performance for academic and industrial modeling, data analysis and AI …

Leonardo, MelaXina, Vega, and IT4Innovations computer are the latest advancements in Nvidia’s series of supercomputers. In October, at its annual GPU technology conference, the company announced that it would contribute hardware and expertise to build the UK’s fastest supercomputer: the Cambridge-1.

“The EuroHPC technology roadmap for exascale in Europe opens the door to rapid growth and innovation in high performance computing and artificial intelligence,” said Mark Hamilton, vice president of architecture and solutions development at Nvidia.

“We are working with CINECA and Atos to accelerate scientific discovery across a wide range of application areas, providing a platform to usher in the era of exascale computing.”