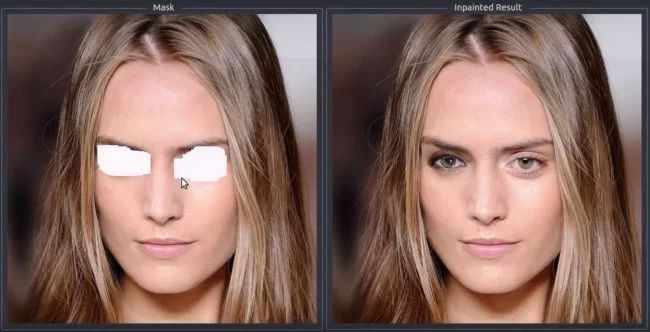 To restore old or spoiled photos is often spent a lot of time and effort, and each lost fragment is restored manually almost per pixel. But for more than a year, the development of an automated system designed for these purposes has been under way. And recently a team of NVIDIA engineers introduced a neural network capable of both completing the lost part and removing the “extra” like watermarks. Moreover, the technology of NVIDIA at the moment has no analogues in the world.

The algorithm was developed and presented by engineer Guilin Liu. NVIDIA neural networks now have a competitor in the person of Adobe, which is working on a similar technology. However, the technology functions differently. The creators of Photoshop use AI, which during the image processing “borrows” the contextual mapping from neighboring pixels, and then completes the picture in accordance with this. This approach is not always convenient, because the missing fragment can contain several colors. For example, at the edges it will be red, and in the center – blue. The system only sees the edge of the object and, based on this, “floods” everything with red.

The algorithm from NVIDIA works differently. He analyzes the context of not the whole area, but the whole picture as a whole, determining the patterns and interrelationship between the objects. Recognizing the object, the neural network “assumes” that it could be in the missing places, after which it “dorisovyvaet” everything so that the result fits the maximum not only in the colors, but also in the context of the original picture. On the example with a blue and red object, the algorithm “looks” at the whole picture and, if it sees similar fragments, tries to “finish” the missing area so that it is as similar to the original as possible.

When the technology is ready, its use will allow you to restore photos in a couple of minutes. But already now, as you can see on the video, is available below, the AI ​​copes well, “painting” the eyes on the portrait of a person.