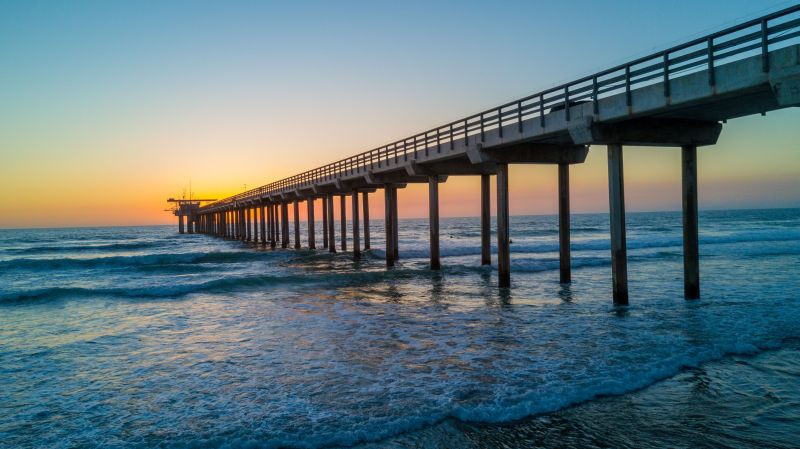 Specialists at the University of California at San Diego measured the temperature of the ocean surface by collecting samples from the Memorial pier Ellen Browning. Observations were conducted since 1916. The indicator, which researchers fixed now, was the highest for all time of control.

The previous record was registered in 1931, it was 25.8 degrees Celsius. The last figure is 25.9 degrees Celsius. Although the difference between them is insignificant, the university staff focuses on other details. Clarissa Anderson, who participated in the work, commented:

“We have a lot of records that go back decades to the past, but what is really happening now is really strange. The temperature of the ocean water is closely connected with the equator, and now we see how the temperature on the equator stabilizes, but in southern California continues to grow. ”

In 2014, anomalous heat in this region was already rising. Then a wave of heat came from the northern part of the Pacific Ocean. It spread along the coast and changed the marine life, causing a massive flowering of toxic algae.

In 2015, the warm northern reaches of El Nino approached the shores of California. Since then, researchers have no longer noticed the gradual temperature drop that occurred earlier. In their opinion, such a steady increase in heat can lead to another large-scale flowering of algae, which, in turn, will harm marine lions and other animals. In addition, it is able to increase the number of jellyfish in the ocean and change the food chain among marine inhabitants.

Employees of the university believe that the increase in water temperature is also associated with hot weather on land. Since July in California, fires caused by the swelter. At the end of last month, the state authorities urged people to leave their homes to avoid possible fires.