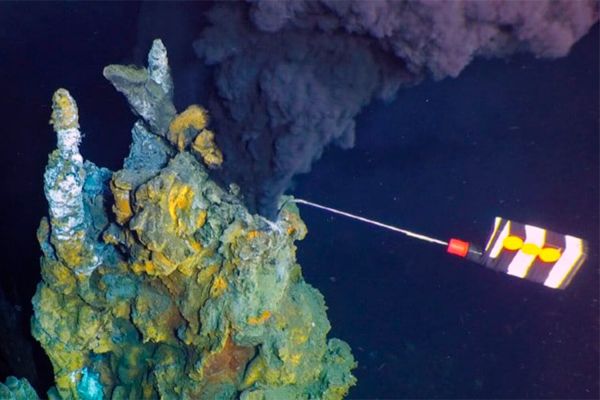 An unusual geothermal field has been discovered in the Pacific Ocean. This was reported by the press service of Lehigh University (USA).

The field was found using an autonomous deep-sea submersible operated by a team of scientists led by Jill McDermott. The area was named YBW-Sentry, it is located in the zone of the East Pacific Rise, three hundred kilometers from the coast of Mexico. The field is roughly the size of a football field, and twice the size of other geothermal fields in the region.

The “black smokers” of this field, spewing a mineral-rich black liquid, reach the height of a three-story building. “We were struck not only by the fact that this field is very active, but also by the fact that it is larger and hotter than any geothermal field in the East Pacific Rise,” the authors explain.

The springs are located at a depth of about 2.5 kilometers, the temperature of the erupted water from them reaches 400 degrees. They were discovered during the routine work of mapping the region, which is necessary for more accurate prediction of eruptions.