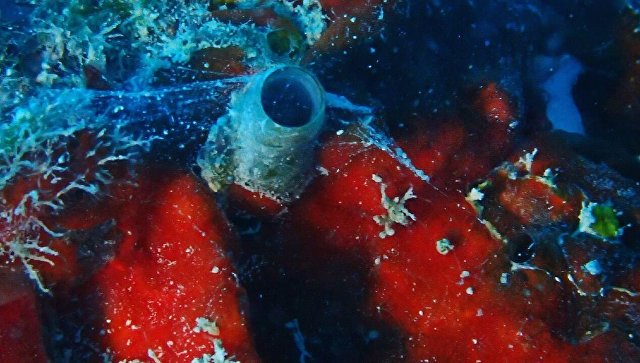 Oceanologists have found a very unusual snail near Florida shores, which leads a sedentary lifestyle and hunts microbes, shooting with special hawking networks, like a spiderman from comics, according to an article published in the PeerJ magazine.

“These snail-worms are especially strange living creatures, they have an extra pair of tentacles at the base of their body that look like their own hands, they use these tentacles to shoot their mucus.When they get into the water, this mucus turns into cobwebs, Just like a spider-man, when plankton and microbes get stuck in it, the snail pulls this web into itself, eating prey, “said Ruediger Bieler of the Chicago Field Museum.

According to Bieler, he and his colleagues accidentally discovered this snail, studying the flora and fauna growing on the surface of the “Vandenberg” tracking ship, flooded off the coast of Florida after its withdrawal from the US Navy. This ship, which took part in the photographs of the well-known film “Virus” in the role of the ship “Academician Volkov”, was specially flooded in 2008 to observe how nature conquers the skeletons of ships and other traces of man on the ocean floor.

Studying the local flora and fauna, Bieler came across an unusual snail-worm – a representative of a particular family of mollusks that live in a shell of irregular shape, attached to the bottom of the sea or, in this case, to the skeleton of a flooded ship. The scientist was attracted by the large mucus glands of these snails, which, considering his “sedentary” lifestyle, seemed extremely strange to him. 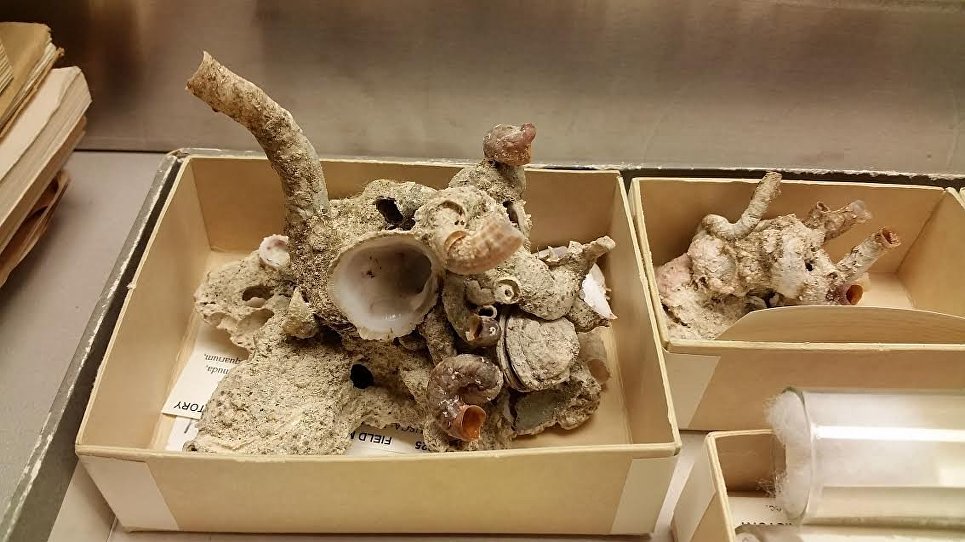 Shell of a snail – “Spider-Man” in the museum

Watching the life of this creature, Bieler was surprised to find that this snail, named Thylacodes vandyensis in honor of the ship, can be called the first marine analogue of the “spider-man.”

She, as it turned out, uses her mucus to “spit” into the environment by kind of nimble nets, with which she captures plankton and microbes. In this respect, according to Biller, it more closely resembles snails rather than snails, filtering water with the help of their whiskers to extract crustaceans and plankton from it.

Interestingly, this snail, like a real spiderman in comics, is not a “natural” inhabitant of the seas off the coast of Florida, but an invasive species that penetrated the Atlantic from the Indian Ocean, inhabited by several species of snail-worms, similar to it .

It is not yet clear whether these snails do harm to local types of coral and other living things, or not, but scientists suggest that the discovery of the homeland of “human-spider-snails” will help us understand what role ecosystems play in the life of ecosystems and whether they should be combated To protect other animals from extinction. In particular, Bieler and his colleagues suspect that these snails can act as carriers of parasites that destroy sea turtles in recent years.