Oceans heat up as if several atomic bombs explode every second. 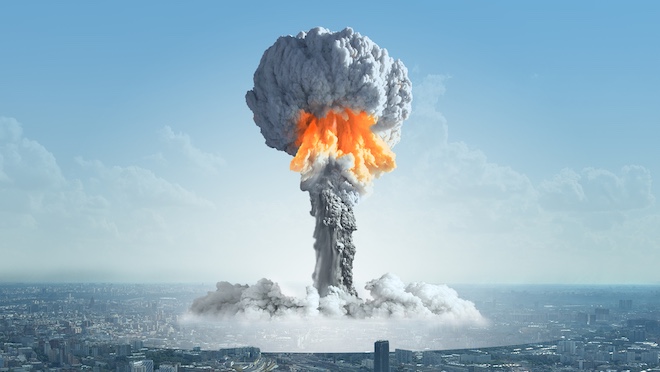 Over the past 150 years, global warming has heated the Earth’s oceans as if an atomic bomb exploded every second, a new study says. More than 90% of the heat that the greenhouse gases emitted by man detain are absorbed by the ocean, and only a few percent heat the air, land and glaciers. This huge amount of energy affects sea level rise and makes hurricanes stronger.

Most of the heat is “stored” in the depths of the ocean, but they began to measure their temperature only in recent decades. Existing estimates of the heat absorbed by the oceans cover only the period before the 1950s. New work was able to estimate the temperature of the ocean depths up to 1871. Scientists say that knowing past ocean temperature changes is important for climate prediction.

The average level of ocean heating for a 150-year period was equal to an explosion of 1.5 atomic bombs in Hiroshima per second. But heating has accelerated in recent decades and is now equivalent to 3–6 atomic bombs per second. The total amount of heat that the oceans have absorbed over the past 150 years is 1000 times the amount of energy used by the entire population of the Earth for a year.

The study was published in the journal Proceedings of the National Academy of Sciences and combined measurements of ocean surface temperature since 1871 with computer models of ocean circulation.

The new work will help researchers make more accurate forecasts of sea level rise for different regions in the future.