Octopuses are able to dig burrows 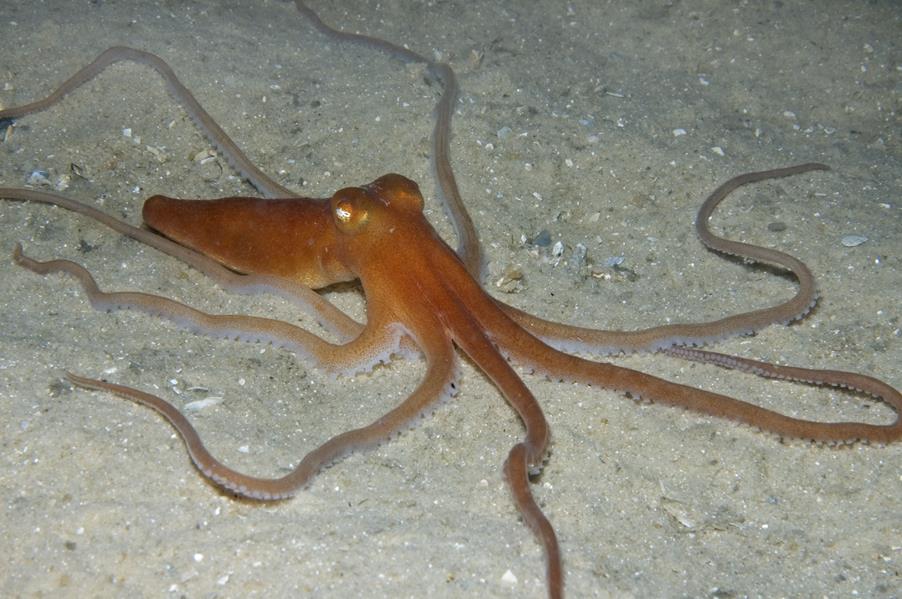 Australian researchers of the marine fauna frightened searchlight octopus, and he demonstrated a unique skill for a few seconds to pull in the sand house and hide in it. Before that cephalopods can do that, no one knew.

Octopuses live in the ocean and part of the time in the shelter between the stones, where they hide from their natural enemies. However, not all octopus are waiting for favors from nature: recently managed to capture on video as the representative of the Octopus kaurna alone makes their house in the sand.

Among other things, to build a under water cave a little with the air of the bulk material is not such a simple engineering task. But Octopus kaurna, known for a very long and thin tentacles, to cope with it perfectly. That wall crumbled, he holds them together with sticky secret.

Shot this video scientists from the University of Melbourne became the first witnesses of how the cephalopod mollusk makes her own shelter.