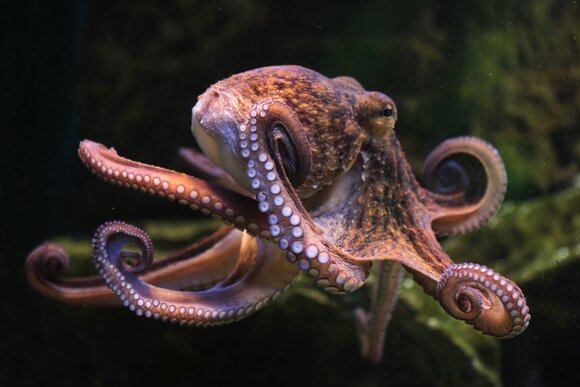 Scientists at the University of Queensland have found unusual cognitive abilities in octopuses. This is reported in the journal Current Biology.

Experts compared the unique brain structures of cephalopods and linked them to behavior through the analysis of tomographic images of the central nervous system.

According to experts, the brains of octopuses differ depending on where the species lives, how it interacts with other animals and what time of day it is active. It turned out that mental abilities significantly affect the anatomy of the brain.

A significantly larger brain with some primate properties, experts have found in reef octopuses. The fact that octopuses have complex cognitive abilities demonstrates their ability to respond to other types of animals during joint hunting and to perceive their gestures.

Previously, a rare “glass” octopus was filmed in the Pacific Ocean. It is almost completely transparent, only the eyes, esophagus and nervous system are visible.

The researchers submerged a special robot with a camera to a depth of 650 meters. With the help of it, they recorded that the total body length of the mollusk is about 45 centimeters.