Octopuses use stinging jellyfish as a weapon 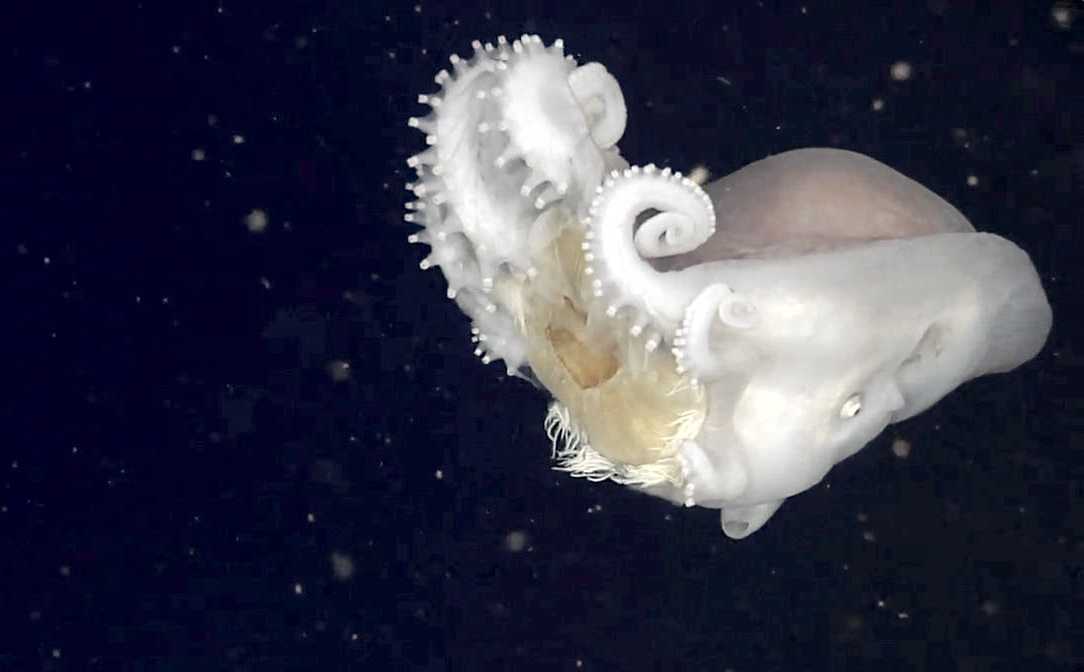 The seven-armed octopus (Haliphron atlanticus) is one of the largest known cephalopod species, capable of growing to several meters in length and gaining weight up to 75 kg. It is named because one of the tentacles in males is modified and used only for fertilization, usually hiding in a special bag, why they seem to have, in fact, only seven limbs. In an article published in the journal Scientific Reports, another extremely unusual feature of these “Seminogues” is described: the ability to hunt with the remains of dead jellyfish.

The authors note that deep-sea way of life, complex behavior and secrecy of cephalopods make them one of the least studied inhabitants of the World Ocean. The more valuable for science are observations that take place in captivity. So it happened this time, when scientists from the Research Center at the Monterey Bay Aquarium (MBARI) in California, watching the video, noticed strange jelly-like threads in a seven-armed octopus.

They obviously belonged to a jellyfish on which H. atlanticus sometimes hunt, – scientists observed three octopuses behind this occupation, after which they kept the remains of jellyfish, holding them with suckers. According to scientists, before eating, jellyfish were torn to pieces and then swallowed, only those parts containing stinging cages were left. The authors believe that this behavior can make sense if we assume that the octopuses then use them as a weapon for protection against predators or even for their own underwater hunting.

This is quite possible, because the cephalopods are distinguished by rather high “mental” abilities, and the tremotopes (Tremoctopus), which are unreceptive to the toxin of the extremely poisonous Portuguese ship, often use them as a weapon. Some other cephalopods also use jellyfish.
TAGS: The cephalopods