Off the coast of India caught a ramp weighing 900 kg 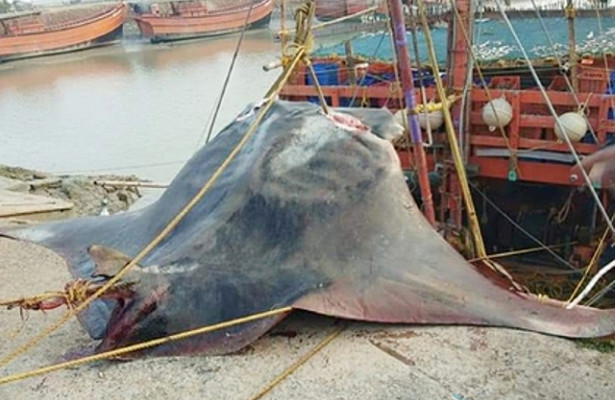 A ramp was caught off the coast of the Indian state of West Bengal, weighing 900 kilograms.

The fishermen who caught the huge fish believe that it has gone astray and swam in shallow water. Strong excitement prevented her from returning to the ocean.

When the giant ramp was pulled ashore, a crowd of onlookers gathered nearby. As a result, it was sold to a fishmonger for 20 thousand rupees (18 thousand rubles). He planned to take the fish to Calcutta, where four times more could be gained for it.

According to him, they can buy it not only for food, but also as a healing remedy.