Officially declared the end of the era of plastic waste 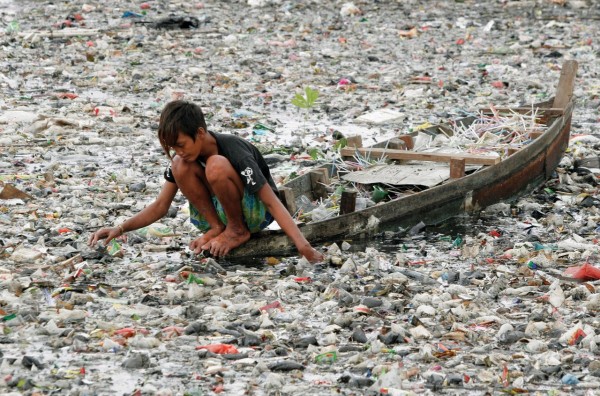 Pollution by plastic is becoming an increasingly serious problem throughout the world. From the latest EU initiative to reduce plastic waste, it is clear that pollution control with plastics is entering the final stage.

According to experts, by 2021 people will annually use up to half a trillion plastic bottles. Our consumption and production of disposable products from plastics is getting out of control – more than 8 million tons of plastic are annually supplied to the World Ocean. This growing problem threatens Earth’s ecosystems, destroying natural habitats and harming wildlife.

In December, nearly 200 countries signed a United Nations resolution on eliminating plastic pollution in the ocean.

Without waiting for official measures to be taken, some enterprises independently take steps to reduce the use of plastics in their products, moving to biodegradable materials or plastics with the possibility of recycling. For example, the Asian food network of Wagamama stated that, since Earth Day, on April 22, they will no longer offer plastic straws. Instead, they will offer their customers a biodegradable paper alternative. In addition, the British supermarket chain “Iceland” (not to be confused with the country) announced that by the end of 2023, it will either drastically reduce or completely eliminate plastic packaging used in its brand products.

In a recent decision to curb the accumulation of plastic waste, the EU has done everything possible to ensure that all packaging across Europe is reused or recyclable by 2030.

This decision was made hot on the heels of China, legally prohibiting the import of foreign materials that are not subject to recycling. In view of the fact that plastics can accumulate, EU officials are looking for ways to reduce pollution from waste and plastics in general. As part of this movement, Brussels launched a strategy to combat plastics, which includes investments in research in plastics in the amount of 350 million euros.

Now the EU assesses the ways of taxing the production of disposable plastics, which in the future can become a significant item of replenishment of the budget for these works.

In this regard, it is necessary to understand by consumers, who should be aware of their responsibility for the emerging situation with plastic waste.

Many different efforts to reduce and eliminate plastic debris are still at an early stage. However, such initiatives – and their ability to inspire further action – are important for clearing our oceans and preventing the future in which the planet Earth is assigned the role of a landfill.

Everyone needs to remember that a plastic bottle, the production of which is spent 5 seconds, and which we use 5 minutes, will completely decompose in 500 years!