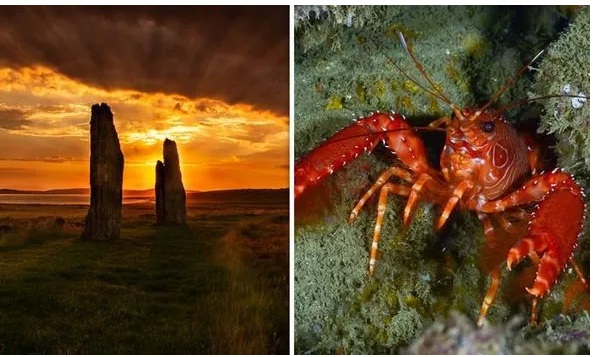 Archaeologists were amazed when an ordinary lobster helped discover an 8,000-year-old settlement off the coast of the Isle of Wight, England.

Scientists were stunned during a routine dive study as part of a study for the European LIFE project when they stumbled upon Omar throwing ancient artifacts from his hole. This unprecedented discovery, first discovered in 1999, revealed an 8,000-year-old Mesolithic settlement and has since brought many secrets.

Among the ancient treasures found was the oldest piece of rope in the UK. The find also doubled the archive of processed Mesolithic wood ever discovered in the UK.

Excavations of the lobster allowed scientists to mark a breakthrough in archeology, and the restored material demonstrated that the technology of that era was 2,000 years ahead of what scientists previously believed.

The area, Bouldnor Cliff, is also the site of the earliest wheat crops in the UK, and also potentially doubles as the earliest boat building site in the world.

Two objects around the Bulldnor cliff are of particular interest to archaeologists, because they date from about 6200 BC. e. up to 6000 BC e.

Nearly 1,000 flint-processed tools were found in one place, offering scientists a glimpse of the work of almost prehistoric peoples and how they could do their work and daily life.

The Neolithic period is a particularly important transitional period for man, marking the transition from the Stone Age to the century of agriculture.