Omnikopter can fly in any direction 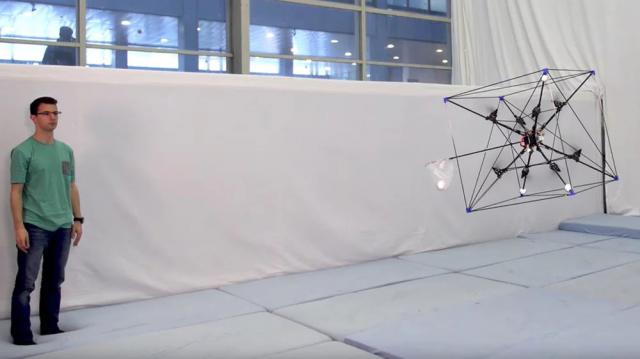 Traditional multicopters have screws located in the same plane. Although they are quite maneuverable, their design is characterized by a number of limitations. Specialists from the Swiss Higher Technical School of Zurich have developed a drone that allows you to effectively fly in different directions. Rotors in it are located at a certain angle and can work independently of each other. This makes it possible to perform quick maneuvers in almost any direction.

To demonstrate the capabilities of the drone, the developers demonstrated its ability to catch the ball with a small grid.

For the device, a special algorithm was developed that can calculate about 500 thousand trajectories per second in order to be at the right point at a certain point in time.

So the choice of the most optimal trajectory for catching a ball took only 20 milliseconds for a Omnipotter.