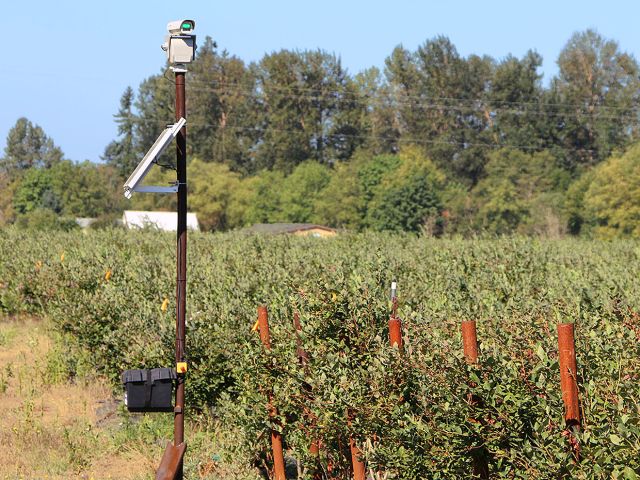 On a farm from Oregon, specializing in the cultivation of blueberries, found out how to drive away annoying birds. The farm of 168 acres established six green lasers, which were launched by “bunnies” running from one end of the field to the other. As it turned out, a simple solution allowed to protect the harvest from 99% of the birds.

Previously, the farm suffered great losses due to uninvited visitors. Birds, mostly gerbils and starlings, ate 25% of all berries. This is almost 262 thousand kg per year. Thus, the farm annually lost about 100 thousand dollars.

A rapidly moving spot from the laser is probably perceived by birds as a shadow from a predator. When the spots were approaching, the birds always flew up.

In the company Bird Control Group, which developed lasers, tried several versions of laser installations with different wavelengths. As a result, experts came to the conclusion that the green laser is most effective. So he was 8 times more efficient than red. The company took four years to develop and test the laser. According to representatives of Bird Control Group, the installation allows reducing the number of birds on the field by 70-99%. According to the company, the laser does not affect all birds equally. Tests on some species have shown that the laser scares only those birds that can be a victim of predators. Birds of prey, such as hawks and falcons, are not afraid of the laser.