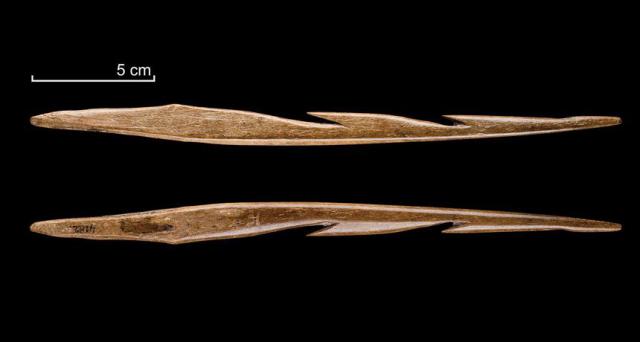 German researchers found traces of wax on an ancient harpoon, used 13 thousand years ago for fishing. According to scientists, the discovery can testify either to the fact that bees appeared in this region much earlier than generally believed, or the wax was brought here from afar.

The tip was discovered in the 1930s. in the west of Germany. A recent analysis showed that at the blunt end there are traces of beeswax mixed with mashed charcoal. Experts believe that coal made the wax less fragile. The composition was used to attach the bone tip to the shaft.

The use of wax as an adhesive for the manufacture of various devices was a common practice in Africa about 40 thousand years ago. However, the found artifact was the first example of wax application for similar purposes in the cold part of Europe, where there were still glaciers.