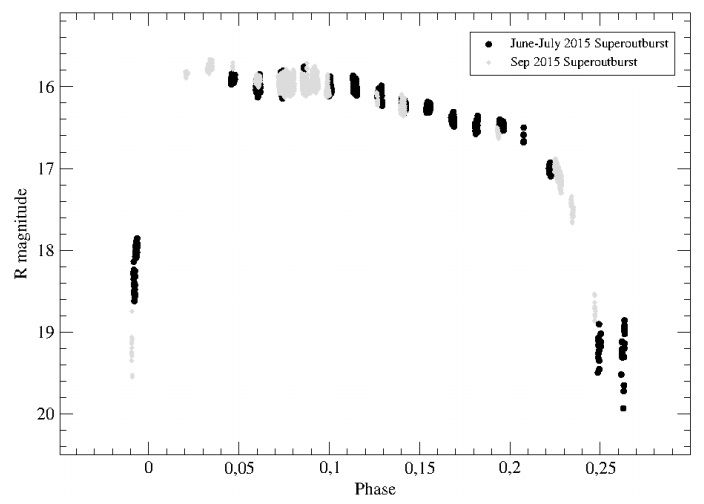 A team of astronomers led by Karolina Baskowska (Karolina Bąkowska) from the Astronomical Center. Nicholas Copernicus, based in Warsaw, Poland, opened several new outbreaks on an unusual, dwarfish new, known as MN Dragon.

Stars like SU UMa, similar to the MN Dragon system, are characterized by short orbital periods (shorter than 2.5 hours) and so-called superflashes, which occur relatively rarely, but their brightness is one magnitude larger than the brightness of conventional flares. Outbreaks on MN Dragon were first seen in 2002-2003. These observations found that the super cycle of flares on a star is about 60 days – which is one of the shortest supercycles for stars of the SU UMa type. In her work, Bakovska and her colleagues present the results of an extensive observational campaign aimed at studying the properties of this unusual dwarfish new one.

The increase in the duration of the super-cycle observed for this star can be of great importance for understanding the evolution of dwarfish new ones, the authors of the study note.