On Martinique have found the least snake in the world 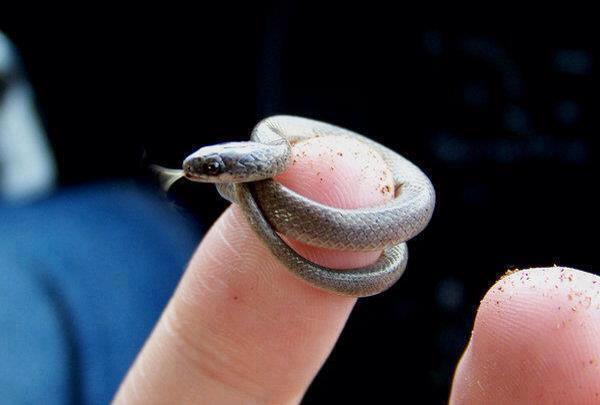 Exclusive video shows how the least snake in the world eats. The tiny reptile greedy eats young ants. Length thin, as a makaronina, snakes — only 10 cm.

Shooting was made the Mother Earth of II team by means of scientists Mael Devinter and Blair Hedzhes who studied a look which is found on Martinique and the neighboring islands. This first food behavior of an uzkoroty snake captured on the camera.

Scientific name of a tiny reptile — Tetracheilostoma sp. nov. It is even less than previous champion in superlightweight among snakes — the Barbados uzkoroty snake. Scientists consider that the new record-holder — an endemic of the island of Martinique.

Uzkorotye spend the most part of the time underground, hiding from enemies, but despite the size — gluttonous predators. Rather thin to slip in nests of ants or termites, they eat eggs and larvae which will find in colony.