On the Antarctic island found a lake of liquid lava 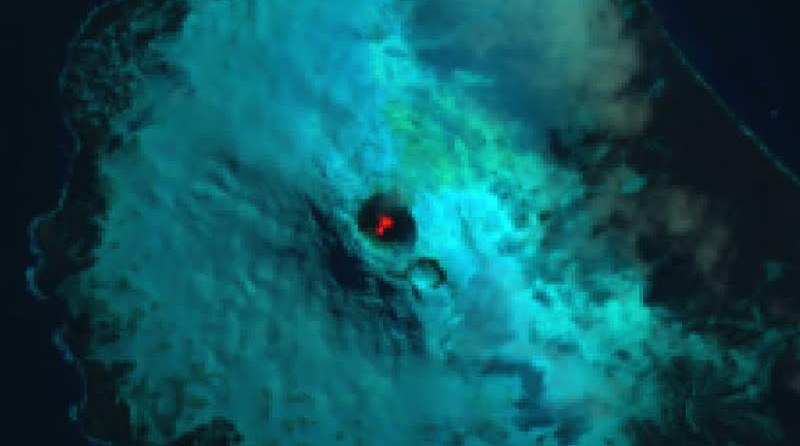 Geologists have confirmed the existence of a lava lake in the crater of an island volcano on the Antarctic island. Satellite observations have shown that on the remote, snow-covered island of Saunders in the extreme South Atlantic, a stable lake of liquid lava remains in the crater of the active volcano of Mount Michel. About this British geologists write in an article published in the Journal of Volcanology and Geothermal Research.

More than one and a half thousand Earth volcanoes have only eight: on Nyiragongo in Congo, Ertal in Ethiopia, Erebus in Antarctica, Hawaiian Yasur, in Ambrima on Vanuatu islands, Masai in Nicaragua, plus the lake found on Saders Island. Scientists estimate that the temperature of its lava lake reaches 1280 ° С, and its size varies from 90 to 215 meters.

For the first time, signs of the existence of a lava lake were seen on satellite images back in the 1990s, manifesting temperature anomalies. However, it was not possible to confirm these observations: the area of ​​the South Sandwich Islands is difficult to reach and is remote from areas that are even interested in Earth-sensing satellites.

To the nearest land – Falkland – more than 1500 kilometers from here. The slopes of the crater are covered with a thick layer of ice and snow, and smoke constantly curls over the top. Only by combining the images obtained with the Landsat, Sentinel-2 and ASTER probes did the scientists manage to obtain data with the necessary resolution.