On the beaches of Rio de Janeiro have discovered superbacteria 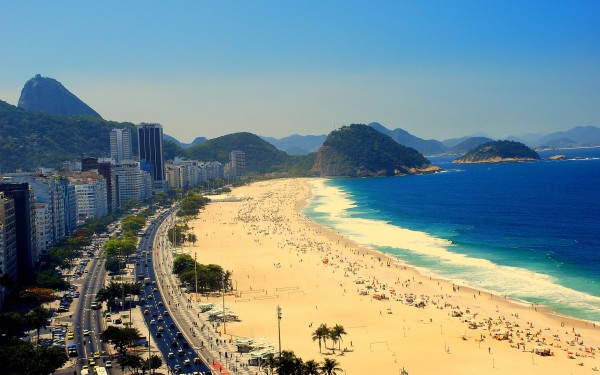 On the beaches of Rio de Janeiro have discovered superbacteria, resistant to many antibiotics. Scientists suspect that this is caused by the discharge of sewage from hospitals nearby.

We are talking about one of the most famous beaches in the world – Copacabana. This is one of “visiting cards” of Rio de Janeiro.

According to Brazilian publication Globo, the specialists from the Federal University of Rio de Janeiro has completed the analysis of samples taken from the coastal waters of the city near the beaches of Ipanema and Copacabana. The samples were taken in the period from September 2013 to September 2014. All of them found the microorganism Klebsiella pneumoniae Carbapenemase (KPC). This so-called superbacteria – resistant to most types of antibiotics, often found in hospital environment and very dangerous for people with weakened immune systems.

Scientists claim that KPC opportunistic – the body of a healthy person has no immediate impact, but in people with weak immune systems can cause diseases of the respiratory and urogenital systems. This bacteria can even cause death.

Local experts admit that faced with a serious problem. In a sea of superbugs should not be in principle, but the reverse is the case. Previous studies have shown that these bacteria are present in the Guanabara Bay and near the beaches of Flamengo and Botafogo, where it is forbidden to bathe. In the Guanabara Bay is scheduled for August Olympic sailing competition.