On the island of Guernsey discovered the remains of “armless monk” 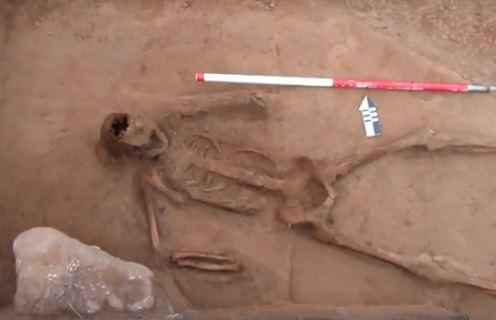 The remains of the “armless monk” found on the island of Guernsey, which is part of the Channel Islands. Information shared foreign edition.

According to scientists, on this island in 2017, the grave of a dolphin was discovered. The excavations were continued, with the result that archaeologists noticed the bone of a person’s big toe. During the work, the buttons and the remains of the person without hands were found. It is assumed that we are talking about a monk, but with what is associated the loss of the upper limbs remains a mystery.

A study of the skeleton showed deformation of the skull, presumably the height of the deceased was 152 cm. The buttons found in the grave indicate that he was dressed when he was buried, and his location east-west implies a Christian burial. The most curious part of the find is the missing parts of the body. CNN contacted archaeologists to comment on their latest discovery.

“It is striking that parts of the skeleton are preserved differently. Toes were not particularly affected by time, unlike the pelvis, it is unclear why the skull has a lot of damage. The left leg of the alleged monk became visible after the wind and rain washed away the soil covering it, ”the experts said.