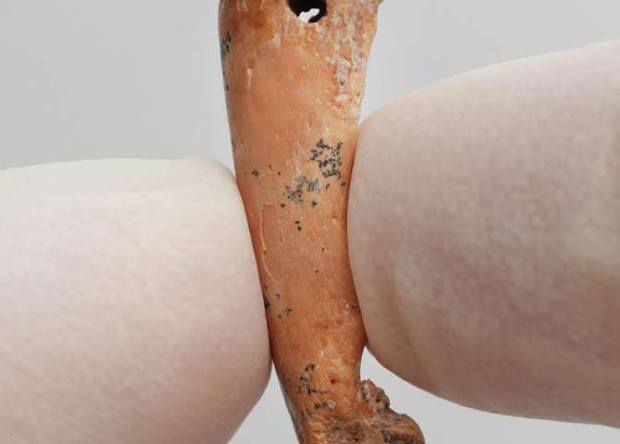 Australian anthropologists and their Indonesian counterparts found on Sulawesi Island jewelry made from stones and bones of animals found only on this island.

According to researchers, the age of artifacts is 22-30 thousand years. Scientists believe that their find serves as another proof that the ancient people who inhabited the islands of Southeast Asia had a highly developed culture.

70 thousand years ago, ancient people migrated from Africa and gradually settled on other continents. About 50 thousand years ago they reached Australia, along the way settled on the islands of Southeast Asia, located along the so-called Wallace line. This is a conditional boundary that divides the habitats of the Asiatic and Australian fauna and passes, among other things, between the islands of Borneo (with Asian animals) and Sulawesi (with the Australian fauna).

Until recently, researchers believed that the ancient inhabitants of the islands along the Wallace line did not have a developed material culture. However, in 2014 on Sulawesi rock art was found. Figures were one of the oldest in the world, their age, according to scientists, is about 40 thousand years. A recent find of bone jewelry once again confirmed that the ancient inhabitants of the islands were no less “advanced” than the Europeans of that time.

The authors of the new study, during the excavations in the south of Sulawesi, discovered two disc-shaped beads made from the fangs of the endemic island of the pig of the Babirussa and the polished bone of the local marsupial couscous bear that was drilled and apparently worn as a pendant. Also, archaeologists have found small stones on which the geometrical ornament and traces of red and purple ocher, which, probably, were painted with artifacts, have been preserved. Their appointment remained unknown.

According to the lead author of the article, Professor Adam Brumm of the Australian University of Griffith, Sulawesi and other islands that separate Asia and Australia remain very poorly researched. Although there are more than two thousand islands along the Wallace line, traces of the presence of ancient people are found only in seven of them. “The latest findings show that brilliant artists lived not only in prehistoric Europe. A complex material culture existed at the same time and on the other side of the world, “says Brumm.

Recently, archaeologists have found fragments of the ancient ax in Australia. The artifact dated the period of 44-49 thousand years. Another iconic find was an ornament made of ocher-colored kangaroos. Its age is estimated at 46 thousand years, which makes it the oldest known to date “jewelry” made of bone.