On the Kuriles caught a giant fish-moon

Caught on September 9 in the Kuriles, a giant fish-moon weighing 1,100 kilograms was fed to bears. While her three days were taken ashore, the fish deteriorated, after which the catch had to be sent to a landfill and given to wild animals.

The largest of the modern bone fishes is a fairly rare production for the region. Its meat is not considered tasty, but in some countries it is a delicacy. It is noted that in the EU countries there is a ban on the sale of fish products from the family of lunar fish. 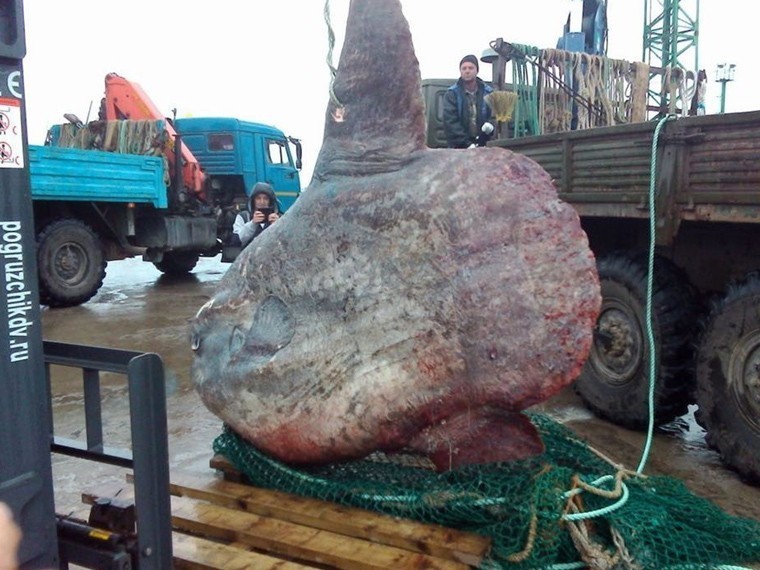 Giant fish-moon “accidentally” caught in the network of fishers from the island of Iturup in the south of the Kuriles. The fishermen were so surprised by the catch that they kept the trophy ashore for a few days, so that everyone could photograph it. During this time the fish-moon, of course, deteriorated.