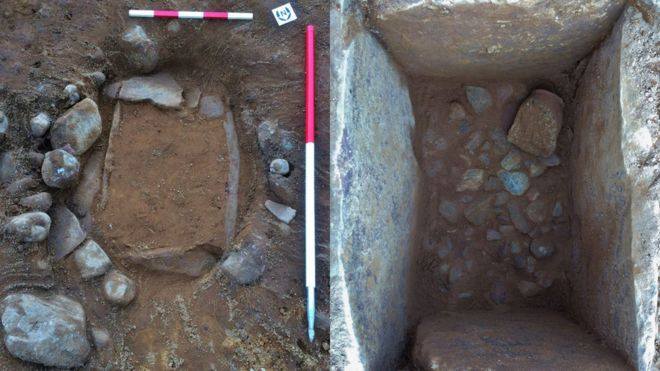 British archaeologists found in the village of Dramnadrokit on the shores of Loch Ness the burial of a bronze age four thousand years old. In the grave, the researchers found no remains and found only a small ceramic vessel decorated with simple ornamentation.

In 2015, during the security excavations at the site of the construction of the Dramnadkrotsky Medical Center, archaeologists found a burial in which human remains, dated 4-4,5 thousand years ago, were preserved. In addition to bones, a stone plate with holes for laces was found in the burial, protecting the wrist of the deceased, possibly during archery. Researchers came to the conclusion that they found the archer’s burial, but the sex of the deceased had not yet been determined.

Now near the first burial there is a second grave. It is laid out with stones and is oriented along the axis northeast-south-west, its dimensions are 0.8 × 0.45 meters, depth is 0.55 meters. In the burial, archaeologists did not find any remains, there was only a ceramic cup decorated with a simple geometric pattern. Perhaps, there were offerings in it, which they put together with the deceased.

According to Project Manager Mary Peteranna (Mary Peteranna), the place where the burials were found was used in prehistoric times for funeral rituals. “During the excavation, we found a shifted stone from another grave, which either did not survive, or it has not yet been found,” says Peterhurna.

Previously, archaeologists have found in Scotland an underground sauna or a Bronze Age parlor, which, perhaps, was used for ritual purposes. In the center of the room was a container with water for steaming, and for heating the water, stones heated in the furnace could be used. 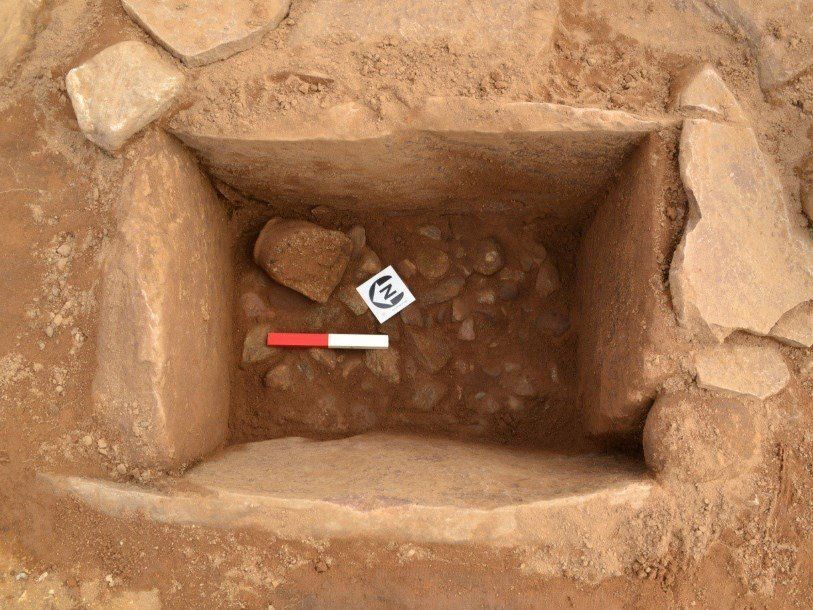 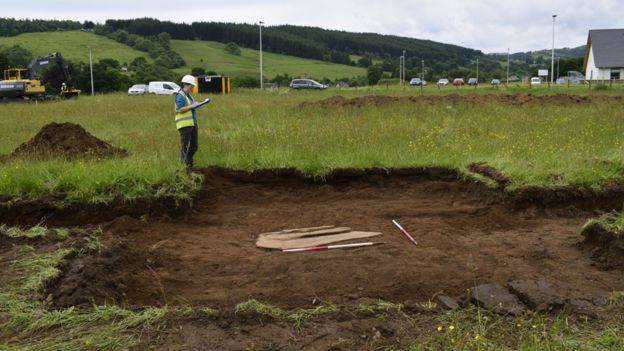 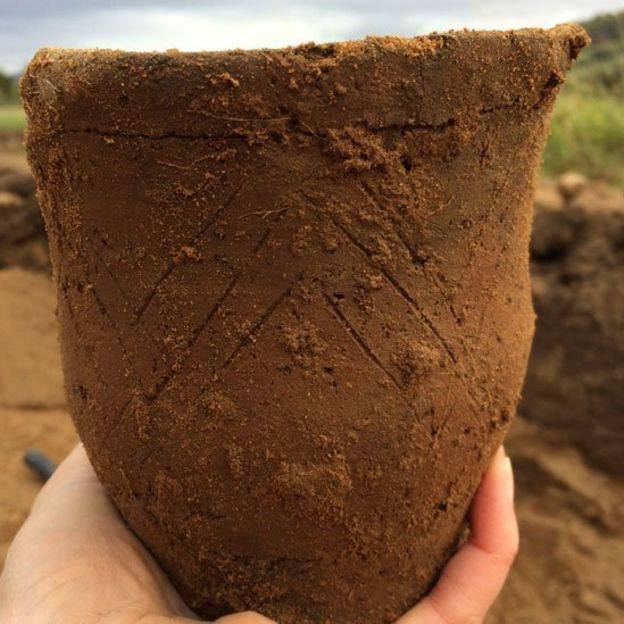