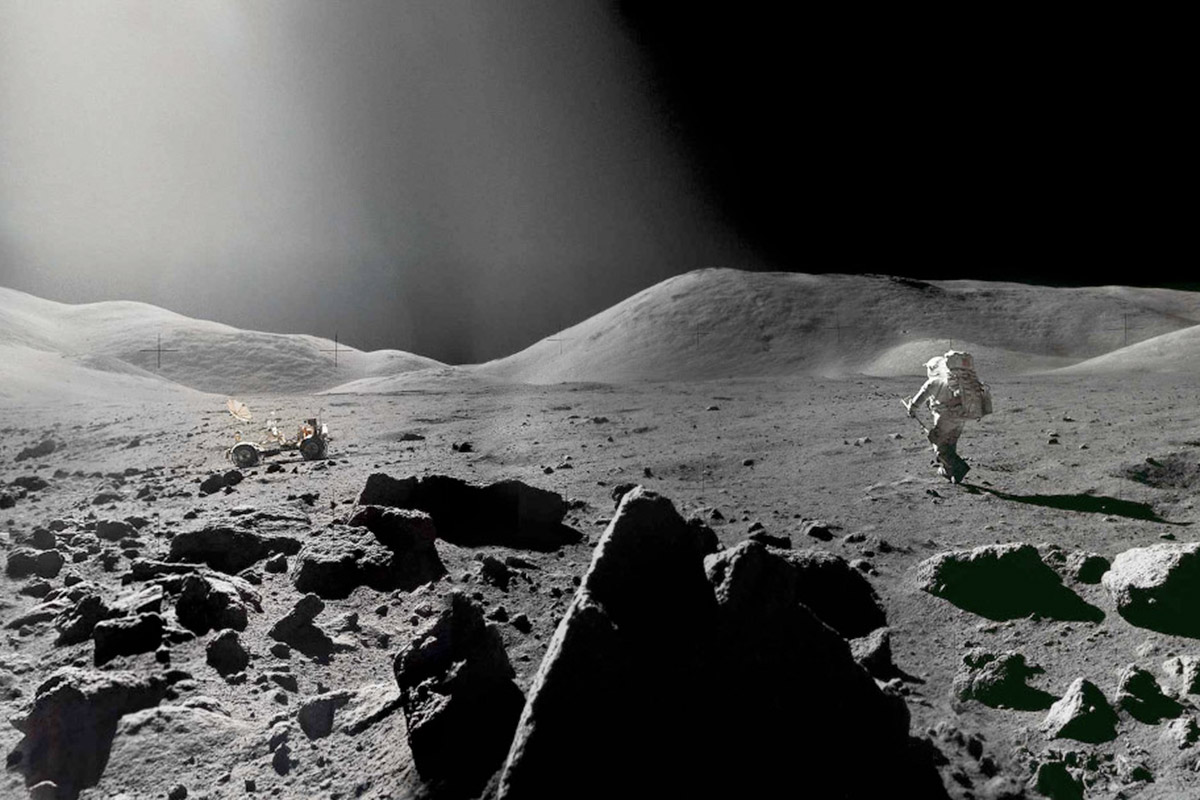 The recent research indicates that water can not be unique substance only for Earth. Quite perhaps, it was one of the main substances of an ancient space body which was halved about 4,5 billion years ago and became Earth and the Moon.

Indirect demonstrations to it have been found within laboratory simulations which have shown how the mineral structure of the young Moon was formed. The obtained data can lay the foundation for new long disputes on whether Earth and the Moon contained water initially, or she has been brought to them as a result of numerous bombings by the comets and asteroids containing water.

“Our researches show that water already was by that moment as the Moon was formed. And as this time has come shortly after Earth was formed, it can say that water was available on these space bodies long before her “additional dumping” comets and asteroids” — one of heads of scientific team Wim van Vestrenen of the Amsterdam free university says.

Water traces found in samples of lunar soil earlier, however most often it were young examples of the breed which is on the surface of our satellite. It, in turn, of course, couldn’t give definite answer to whether this water was a part of the satellite initially, or has got thanks to asteroids there.

To understand a water role in the course of formation of the young Moon, van Vestrenen and his colleagues have in vitro created small samples (it is powerful only 10 milligrams) breeds, but the basic ingredients containing everything from which the Moon was created. For example, contained in them including components which have laid the foundation for the lunar ocean from magma which was gradually cooled and hardened, forming final shape of our satellite.

“Main components: silicon and oxygen, and also some part from magnesium, calcium, iron, the titan and aluminum” — van Vestrenen says, pointing that the structure completely corresponds to data of the seismic analysis which is carried out on the surface of the Moon by means of the tools left by astronauts of space missions of Apollo.

Further van Vestrenen’s team by means of a difference of temperatures and pressure corresponding to conditions of the early Moon feigned evolutionary process of lunar geology. Work was carried out by means of the scientific tool which scientists usually use for creation of artificial diamonds. Process was carried out with availability of water and its absence to look how this feature will affect type and number of the formed breeds.

Researchers have found out that only at addition in composition of water (in a percentage ratio from only 0,5 to 1) types and number of the received breeds completely corresponded to those indicators which are at the moment peculiar to the Moon.

What is more important, one of final derivatives of structure who have included water was the layer of a plagioklas – the dominating component of composition of lunar bark which in this case would make thickness about 34-43 kilometers. It, in turn, corresponds to the average thickness of a real layer of a plagioklas, data on which have been obtained in 2013 thanks to orbital satellites.

In case the structure has been completely dehydrated, the layer of a plagioklas was much thicker (in actual practice he would make 68 kilometers). It has pushed on the assumption that the present structure of the Moon could turn out only if he initially includes water.

The last researches add to a moneybox of arguments of the theory that Earth and the Moon contained water initially. However not all agree with this opinion and consider that water has appeared on these planetary objects after their formation, thanks to asteroids and comets. The weight of the first theory is added, in addition, by data of 2014 when the Rosette spacecraft has approached the main objective – Churyumov’s comet — Gerasimenko. The obtained information accurately indicated that the available water traces on a comet possess combinations of the isotopes which aren’t corresponding to terrestrial.

“It is the next sign that the Moon initially had water. These are very important data as they give hope that deeply under bark of our satellite water stocks can still disappear” — Robin Kanap studying the nature of space bodies at Southwest research institute of Boulder (the USA, the State of Colorado) says.

“Results of this work still will force us to reconsider some questions of how material which has created the Moon could incorporate water which was available on Earth” — Steve Jacobson from Northwest university of the city of Evanson (the State of Illinois, the USA) comments.

Earlier this month Jacobson has declared detection of proofs about the deepest deposits of water on Earth which are at a depth of 1000 kilometers that equally in 1/3 distances from a surface to a planet kernel.