On the shores of Wales, they found a giant lobster claw 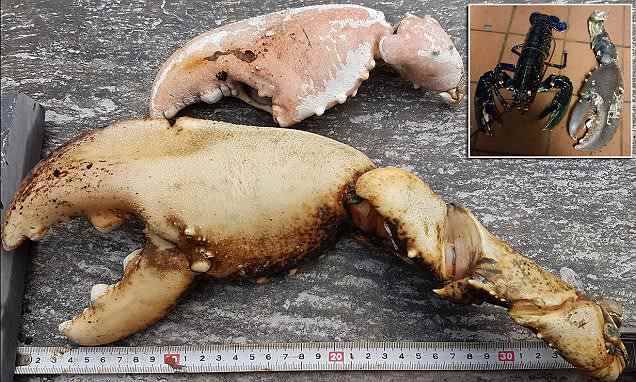 On the shore of Anglesey town in the north of Wales, a huge lobster claw (lobster) was found last week, which is three times larger than that of ordinary local individuals. Lobster with such a claw would reach at least 3 feet in length (1 meter).

The claw was found by the farmer Sean Krizhnen and in length it reached 8 inches (20 cm). When a lobster of ordinary size was placed next to this claw, it became clear that this claw was as long as a lobster, so its owner was at least once in three more.

The size of this claw was larger than the palm of a person and its owner could easily break a man’s hand without problems. Experts assure that this lobster was a giant no less than a meter in length and now it probably became even larger, because the found part of the claw was dropped when molting. 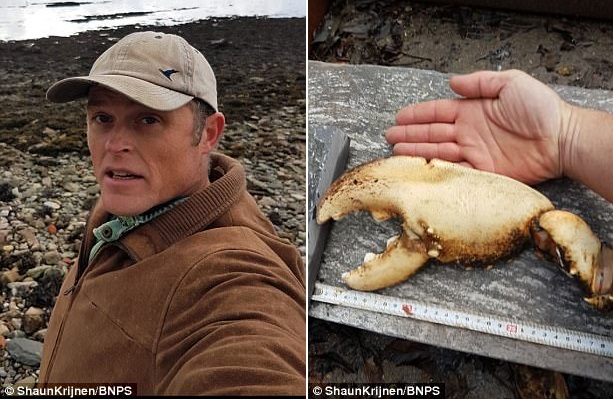 Farmer Sean is sure that this lobster was very old and he was about fifty years old. Not far from the claw, he also found a piece of shell, also large in size. According to the farmer, he never saw such large lobsters.

The usual restaurant lobsters weigh not more than 1.5 kg, the same weighed about 8 kg. 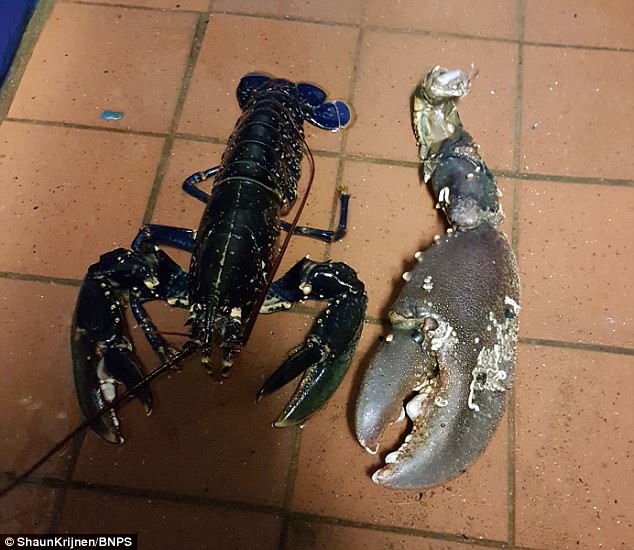 Sometimes in the European seas there are large lobsters with a length of 60 cm and weighing up to 5-6 kg, but mostly giant size is the fate of the northern lobsters that are found in the Atlantic Ocean off the coasts of the USA and Canada. The largest European lobster, caught off the coast of Cornwall, weighed 9 kg and was 1.2 meters long. He was caught in 1931.

Dr. Charles Ellis was surprised at the presence of the current large lobster off the coast of Wales. He agrees that the giant weighed at least 8 kg and is amazed as he still has not got into fishing nets and has not been seen.