On the site of the eruption of an underwater volcano, new species of bacteria were discovered 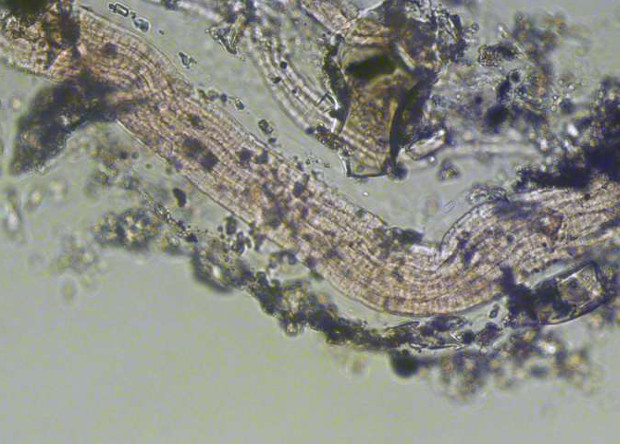 Spanish and Italian biologists have discovered a new kind of “hairy” bacteria, Thiolava veneris. Microorganisms first settled the ocean floor after the recent eruption of an underwater volcano. An unusual find is reported in Nature Ecology & Evolution.

The eruption of the underwater volcano Tagoro, which is located in the Atlantic, next to the islands of the Canary archipelago, began in October 2011 and lasted more than four months. As a result of the eruption, a volcanic cone formed, raising the ocean floor almost 300 meters.

The temperature and turbidity of the water near the volcano rose. Emissions of volcanic gases, in particular carbon dioxide and hydrogen sulphide, and a decrease in the oxygen concentration in water, led to the death of fish, a decrease in phytoplankton activity, and a change in biogeochemical processes.

Two and a half years after the eruption, the authors investigated the bottom in the vicinity of the volcano with the help of a remotely controlled underwater vehicle. Near the top of the new volcanic cone, at a depth of about 130 meters, scientists discovered a mat of long white “hair” that covered an area of ​​about two thousand square meters.

Upon closer examination, “hair” turned out to be bacteria of unknown species, which formed threadlike structures up to three centimeters long. As shown by energy-dispersive X-ray spectroscopy, the “hair” of bacteria contained sulfur inclusions.

The DNA analysis of the newly found organism also showed that it belongs to the sulfur bacteria, that is, it receives energy by oxidizing hydrogen sulphide and other sulfur compounds to sulfates. For an unusual appearance, the authors of the article called the bacterium “venereal hair.” 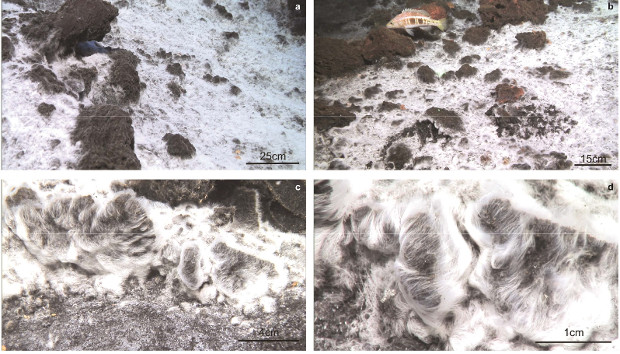 According to the researchers, the presence of the “hairy” bacteria created a favorable environment for the restoration of the ecosystem after the eruption. Scientists have found in the mother of microscopic crustaceans, arthropods, ringed and roundworms.

The principal author of the study, Roberto Danovaro of the Marsh University of Technology in Ancona, believes that the “Venus Hair” will help scientists understand how life went on in the most ancient oceans, when volcanic eruptions were commonplace.

Water saturated with sulfur compounds is not the most unusual environment where bacteria live. Recently, researchers have studied bacteria that have settled in oil shale deposits.