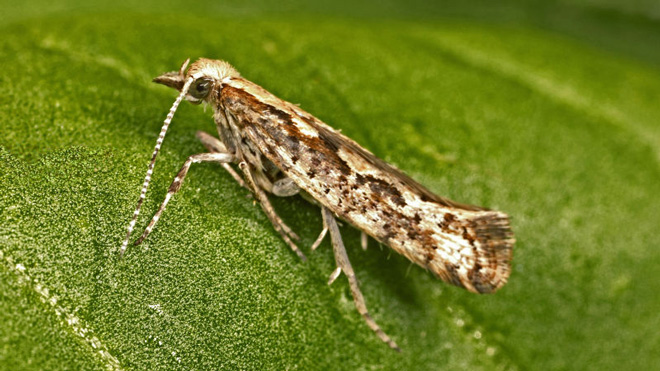 A cabbage moth is only a centimeter in length, but an insatiable appetite and a love for Brussels, curly and cauliflower make it a huge problem for farmers. The US Department of Agriculture approved the attempt to get rid of gluttonous insects forever. In nature, a genetically modified mole will be released, which will cause the “natural” pests to gradually disappear forever. A field trial will be conducted in the area north of New York. In the US, an insect created with the help of genetic engineering will be released for the first time.

The mole was modified by the British biotechnology company Oxitec, which last year made a lot of noise plans to release genetically modified mosquitoes to fight the Zika virus in the Florida Keys archipelago. The genome of the mosquito males was changed so that when mating with females they transferred a special gene to the offspring. The resulting female mosquitoes will die before reaching maturity. The same approach was applied to cabbage moths.

The method is based on an approach that has been used to combat agricultural pests since the 1950s, the technology of sterile insects. Using radiation exposure, scientists made larvae of meat flies incapable of producing full-fledged offspring. By 1982, meat flies disappeared from the US, but this approach did not work for all insects. In many cases irradiated insects simply became too weak to compete for males with healthy relatives.

Cabbage moth is a tangible problem for farmers. Pests develop resistance to traditional pesticides and damage the yield of cruciferous crops by $ 5 billion a year around the world.

The test will be observed by a team of scientists from Cornell University (USA), 30,000 genetically modified moles will be released on a field of 4 hectares in Geneva in New York State.

I am injuring caterpillars, so adult males that produce non-viable offspring will not cause additional damage. Surviving moths are likely to die because of pesticides or cold winters.

Earlier, “Oksitek” distributed genetically modified mosquitoes in Brazil, on the Grand Cayman and in Panama, and plans to conduct tests on the Florida Keys. In December, the company announced plans for field testing of the genetically modified Mediterranean fruit fly in Western Australia. Also, “Oksitek” is working on the genetic modification of other agricultural pests, including the Drosophila spotted and olive fly.