On Yamal, they will follow the appearance of new funnels 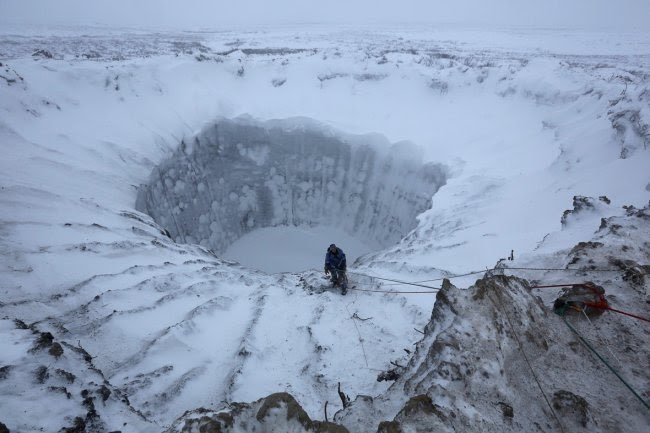 On the peninsula of Yamal in the industrial development area near the village of Sabetta, the first seismic sensor was installed. The device will help scientists track, explore and predict dangerous underground processes, including the formation of funnels.

Installation works were carried out during the expedition, which was organized by the Interregional Expedition Center “Arctic”. The seismic sensor was placed in a 4-meter well drilled in permafrost soil. The stand-alone event recorder will remain on the surface.

Later, two more seismic sensors will be installed: one at the Bovanenkovskoye field and the other in the village of Kharasavei, representatives of the regional department of science and innovation said.

Over the past three years, several funnels have been discovered on the territory of the Yamal-Nenets Autonomous District, which are now completely flooded with water. The most famous of them reaches 35 m in depth and 40 m in diameter.

Crater on the Yamal Peninsula, northern Siberia and the big Batagaika crater. Both examples for the #climatechange #weatherphoto #permafrost pic.twitter.com/X6okZXbgIU

A plant for the production of liquefied natural gas (LNG) is being built in the area of ​​the Sabetta camp.