One of the fastest animals on Earth was a snail 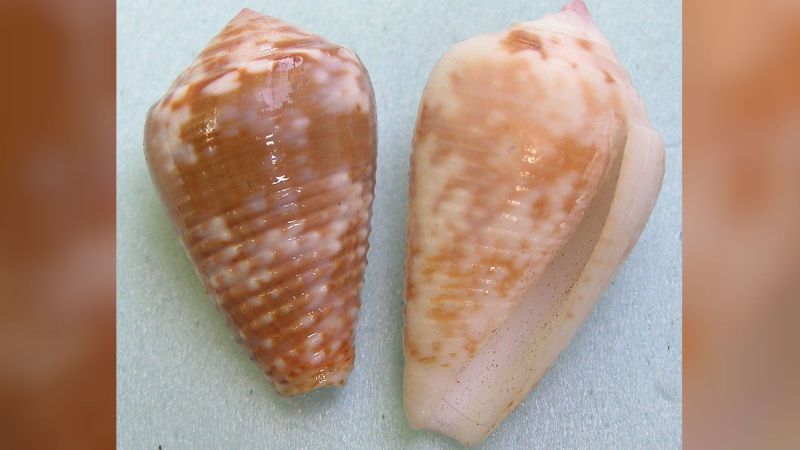 The sea snail Conus catus, it seems, does not even suspect that its land relatives are famous for slowness. The attack of this predator in its swiftness was comparable to firing from a machine gun.

Researchers hope to use the secrets of her anatomy to design fundamentally new robots.

A study showing that C. catus is one of the fastest creatures on the planet is published in the journal Current Biology.

Land snails are usually herbivores, so they have nowhere to rush. But C. catus preys on fish and other marine animals. Its joy (the peculiar “teeth” of mollusks) was transformed by evolution into a harpoon filled with neuroparalytic poison. The predator must push it out fast enough so that even the fastest fish does not escape their fate.

However, as a new study has shown, the speed of a snail’s harpoon is hundreds of times higher than that required to solve this problem. An ultra-fast camera recorded that the “shell” reaches the target in 0.1 milliseconds (!). (Let us explain that the range of “firing” is limited by the length of the flexible appendage along which poison enters the harpoon).

In this case, the maximum acceleration of the murder weapon reaches 400 km / s2. Such figures are characteristic of a bullet fired from automatic weapons.

Such indicators make the snail the fastest known clam (moreover, the previous record is more than ten times blocked) and, as stated in a scientific article, one of the fastest creatures on the planet.

“We are still somewhat puzzled by the fact that cone snails are so damn fast, even though they are two orders of magnitude slower to catch,” said research team leader Emanuel Azizi of the University of California, Irvine.

However, this is not the only example of the amazing scope with which evolution sometimes works. Say, the evolutionary task of the human brain is to ensure its owner successful reproduction. However, this body was able to discover the laws of quantum mechanics, invent space rockets and be interested in the speed with which snails attack their prey.

Now scientists are figuring out what secrets of the body of these animals allow them to set similar records. So, they have already studied the structure of the sphincter (restraining muscle), which holds the harpoon until the moment when the pressure on it reaches a critical point.

“By studying the anatomy and functional limits of these structures, we hope to understand how they evolved and how their structure can inspire [to create] new forms of robots or medical devices,” says Azizi.