One of the fastest animals on Earth was a unicellular 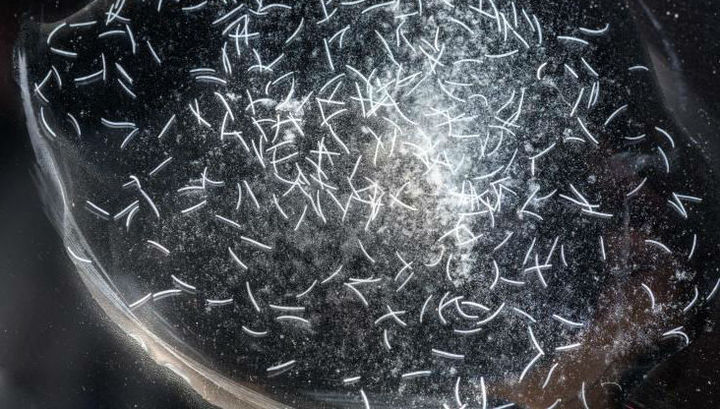 The mediocre single-celled claims to be the fastest animal on the planet. According to the measurements, it develops an acceleration up to 200 m / s2 (this is more than 20 times the acceleration of gravity). Scientists are trying to understand how this can be done to an amazing creature.

It’s about the simplest kind of Spirostomum ambiguum. This oblong unicellular dweller lives in many lakes and ponds. To move it, unlike other protozoa, it does not use special outgrowths (cilia). Instead, it moves like a worm, cutting and straightening its body.

In a calm state, the length of S. ambiguum is about four millimeters. However, this “worm” can reduce it by 60% in just a few milliseconds. In this case, from a flat ribbon, it turns into a kind of ball for rugby.

How does it do this? It’s not clear yet. The muscles of man and other mammals are known to consist mainly of actin and myosin proteins. However, the mere use of these substances would not allow the animal to achieve such results. It probably uses the currently unknown supramolecular mechanisms.
“If they had only the proteins actin and myosin, of which our muscles are composed, they could not have created enough strength to move so fast,” said research participant Saad Bhamla of the Georgia Institute of Technology.

The following riddle: why such radical deformations do not damage fragile organelles inside cells? And this question has not yet been answered.

“We want to display everything that this creature does in the model and model it on the computer using an engineering approach.We want to know how one cell achieves such remarkable acceleration and what” molecular springs “it uses to increase the power,” – shares the plans of Bhamla.

Interest in an exotic animal is not only academic. Researchers hope to borrow from him technical solutions for creating flexible robots that are hardly discernible for the human eye.

“As engineers, we like to find out how nature copes with important problems,” says Bhamla.