One of the most “creepy” creatures in the world filmed 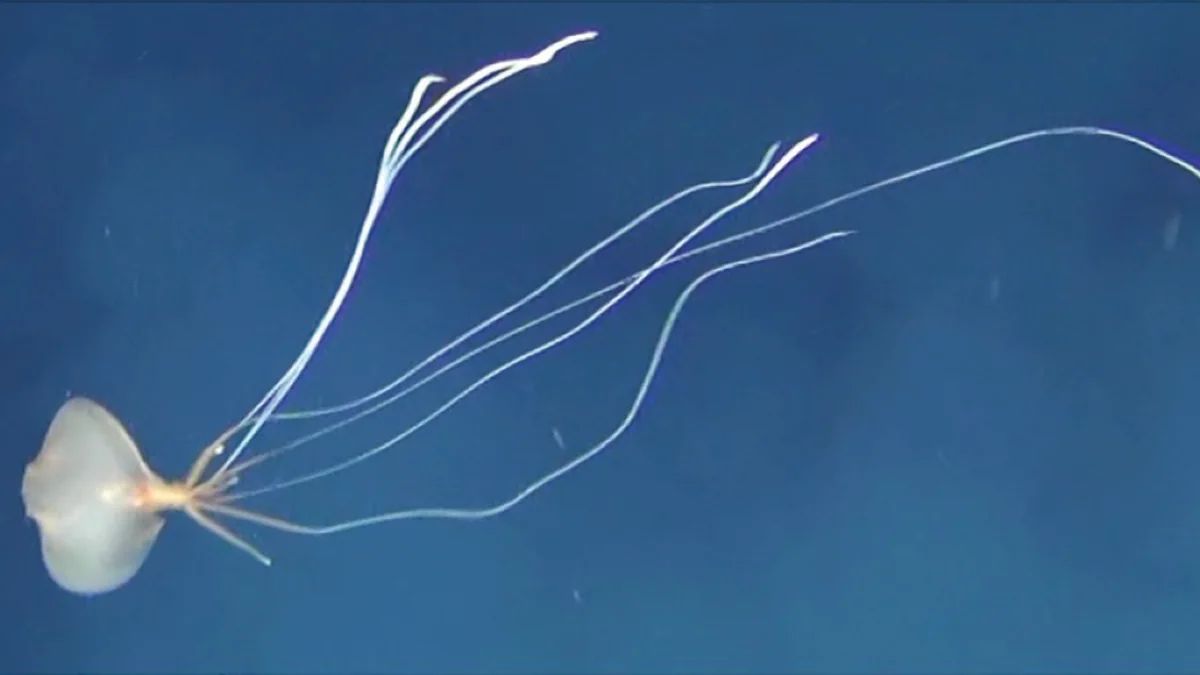 The survey was conducted in March 2017 as part of a large-scale survey of waters off the southern coast of Australia. It is noted that these mollusks are considered one of the most elusive creatures in nature, as they live at depths of one to four kilometers.

Distinctive features of Magnapinna are limbs, reaching a length of more than eight meters (many times the length of the squid’s body), and a large fin.

“These observations, which were the first in Australian waters, confirmed the hypothesis of cosmopolitanism (wide distribution of the species. – Ed.) And indicated a local cluster distribution of squid located in immediate spatial and temporal proximity to each other,” the researchers noted in article on PLOS One.