One of the oldest stars in the Milky Way is discovered 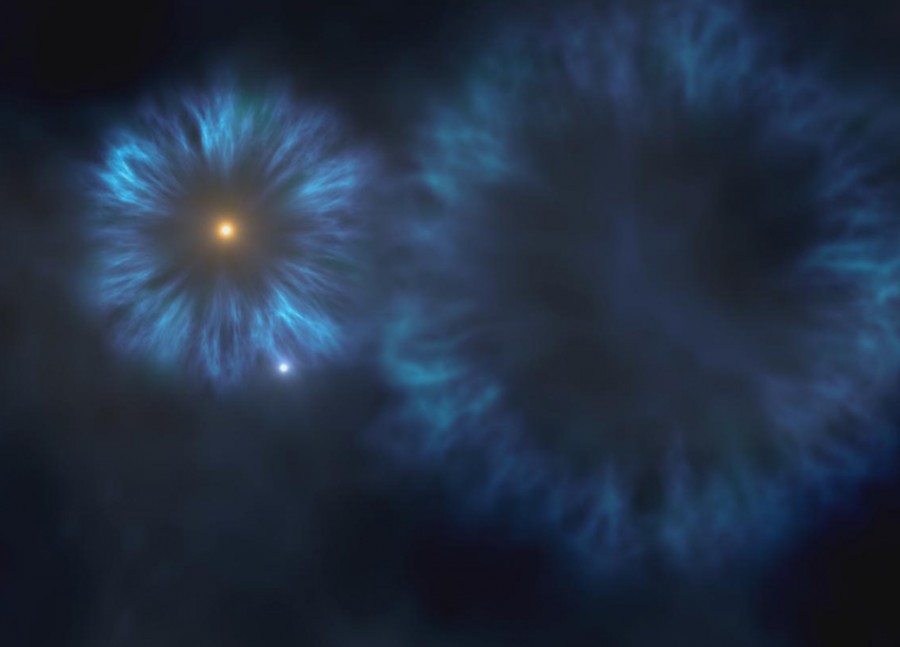 Immediately after the Big Bang the universe consisted of hydrogen, helium and a small amount of lithium. All other elements were formed later in the course of various processes of stellar evolution. Due to this fact, we can determine the age of the luminaries. The higher the metallicity of a star (the percentage of heavy elements), the younger it is. And vice versa.

During the analysis of the spectra of 2.5 million stars of the Milky Way, a group of Spanish astronomers drew attention to one very unusual luminary, known as J0815 + 4729. It is in the halo, at a distance of 7500 light years from the center of the Milky Way. This is a sphere of spherical shape, extending beyond the visible part of the galaxy. Basically it consists of rarefied hot gas, stars and dark matter. Mass J0815 + 4729 is 0.7 solar, the surface temperature is 400 degrees more than our luminary. The spectroscopic analysis of the star showed that it has an abnormally low metallicity. In particular, the star contains a million times less calcium and iron than the sun. And this means that J0815 + 4729 is one of the oldest stars of the Milky Way, formed shortly after the death of supermassive stars of the third generation. 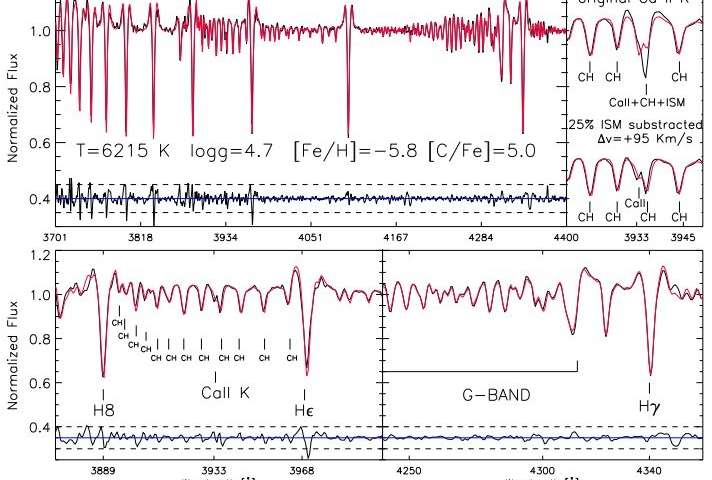 Interestingly, despite such a small percentage of iron, J0815 + 4729 contains a fairly large amount of carbon (about 15% of the solar). A similar feature is characteristic of many low-metal stars. According to astronomers, this is due to the fact that during the formation of such luminaries, the main source of the formation of elements heavier than hydrogen was supernovae type II, which produced a large amount of carbon, oxygen, silicon, etc.