One of the planets of the TRAPPIST-1 system may be suitable for life. 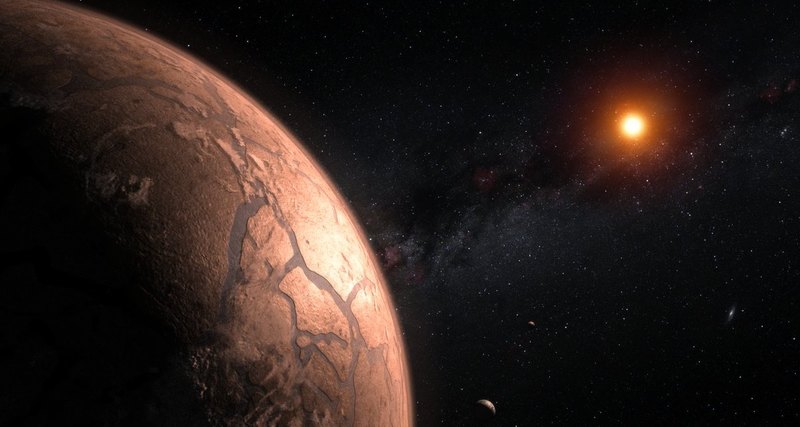 TRAPPIST-1 is a small and very dim red dwarf in 39 light years from us. The mass of the star is only 8% of solar. To the naked eye, of course, it is not visible, although it is, by astronomical standards, very close. But it is very interesting – this star has planets.

Those in recent years have been openly as many as seven in two steps. According to the calculations of scientists, it turned out that three of them receive enough heat from their dim luminaries so that liquid water can exist on them. This is especially interesting when you consider that these are, apparently, terrestrial planets – relatively small and solid.

A group of scientists from George Washington University tried to simulate the development of the atmospheres of these planets, taking into account the effect of star radiation on atmospheric gases. It should be understood that the red dwarf on the emission spectrum is very different from the usual Sun, and the composition of the atmosphere is significantly different. The authors tried to evaluate this effect and its results.

The modeling carried out with regard to photochemistry showed that most of the planets are not suitable for life on Earth.

TRAPPIST-1b, the closest planet to the star, is too hot even for clouds of sulfuric acid, like those on Venus. Planets c and d receive a little more energy from their star than Venus, and probably look like it – a hot world with a dense, uninhabitable atmosphere.

But TRAPPIST-1e must have a temperature that allows the existence of liquid water.

If so, then the observations of the planet should be of considerable interest.