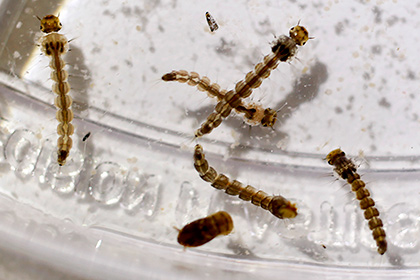 American doctors have opened a new channel of distribution of zika virus, the causative agents of the same fever, which currently is considered incurable and causes newborns degradation of the brain. A study published in the American Journal of Tropical Medicine and Hygiene, briefly about it reports the edition EurekAlert!

It turned out that the female aegypti mosquito (Aedes aegypti), which are the main carriers and transmitters of zika virus, capable of spreading the infection through their children, in particular, eggs. Scientists have conducted experiments in which virus was observed in offspring of females infected mosquitoes.

So the virus gets an advantage for survival in adverse conditions, for example, in cold climates. To close the channel, scientists propose the use of a larvicide — insecticide acting on the larval stages of insects, and sanitation of places where insects can lay their eggs.

The main danger of the virus, Zeke poses to newborns, in which he calls the microcephaly — degradation of the dimensions of the cranium and brain. Infection of the fetus occurs during pregnancy from the mother. The virus is spread through sexual intercourse and is transmitted by the bite of tropical mosquitoes. The latter restricts the natural geography of the spread of the disease South countries.