Opened a mysterious group of “super-carriers” of Ebola 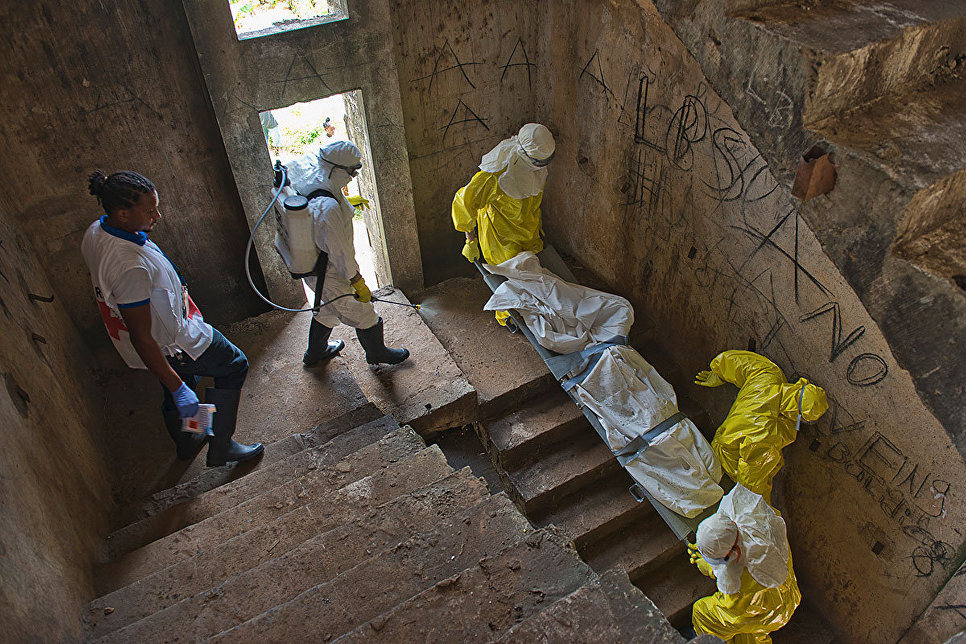 Over 60% of the victims of Ebola victims in West Africa in 2014, contracted the virus thanks to a mysterious group of “super carriers” of Ebola, whose population is only 3% of the total number infected.

“Now we understand that the role of the super-messengers of an infection is very much underestimated. All calculations on the scale of the epidemic was based on hospital data, but in fact people are dying at home, played a more prominent role in the epidemic than its victims are in hospitals. We were able to unravel the chain of transmission of the infection and to go to a few large super-carriers,” said Benjamin Dalziel (Benjamin Dalziel) from Oregon state University in Corvallis (USA).

According to the latest who data, since February 2014, Ebola in three West African States were infected 24 people, 9, 6 thousand died. In Liberia, from Ebola died more than 4 thousand people. In March 2015, the number of victims of Ebola exceeded the threshold in 9 thousand people. Starting in mid-2015, the number of new infections decreased significantly, which suggests that the epidemic has gone on recession.

Dalziel, and his colleagues found that approximately 60% of the deaths from Ebola during this epidemic could have been prevented if scientists knew about the existence of the so-called “super-carriers” – a special group of patients that unusually a lot of other people because of a confluence of circumstances, their social status or local customs that contribute to the spread of infection.

Examples of such “super-carriers” has been in the past – for example, during the SARS outbreak in China in 2003, one of the doctors who contracted SARS transmit the disease to dozens of their relatives at a wedding and was the original cause of its distribution in 34 other countries. Even more well-known but nearly forgotten example is Typhoid Mary, a healthy carrier of typhoid fever, has infected about 50 people before her have not figured out or isolated power.

In the case of Ebola, the number of such people, as they note, would be measured not by units but by tens or even hundreds. Analyzing the data that was collected by the representatives of the International red cross in rural areas of Liberia and Sierra Leone at the burial of victims of Ebola, scientists have noticed a big bias in favor of primary infection – among the first victims of Ebola who died in the villages almost simultaneously, was in most cases significantly higher than the number of secondary infections.

This strangeness, as the researchers note, can be explained by the fact that the first victim of Ebola has contracted it from a common vector of infection, which worked, judging by the lack of visible differences in the course of primary infection in different villages, about the same.

So far the only clue about their identity is the age of these “super-vectors” calculations Dalziel and his colleagues suggest that most of them are either children or the elderly. According to scientists, the victims of Ebola could inadvertently contribute to its spread, as they could no longer care for relatives and friends, and the disease could develop in their body much faster.

The role of this mysterious group of people, representatives of which biologists expect to find, over time, only grew, and she remained extremely high even after the epidemic has peaked and went into decline due to the measures undertaken by African governments, who and the medical volunteers. This means that these measures were aimed in the wrong direction – it was necessary to deal with “super-carriers” and not isolated cases of the infection which they gave rise and which fell into the hospital.

As scholars have noted, this manner of spread of the virus can not be explained only by the fact that burial rituals in these West African countries contributed to the massive infection with fever. The search for other factors that drove the epidemic of Ebola is extremely important, since their detection in the past has helped to save tens of thousands of lives, carried out similar “super-carriers”.