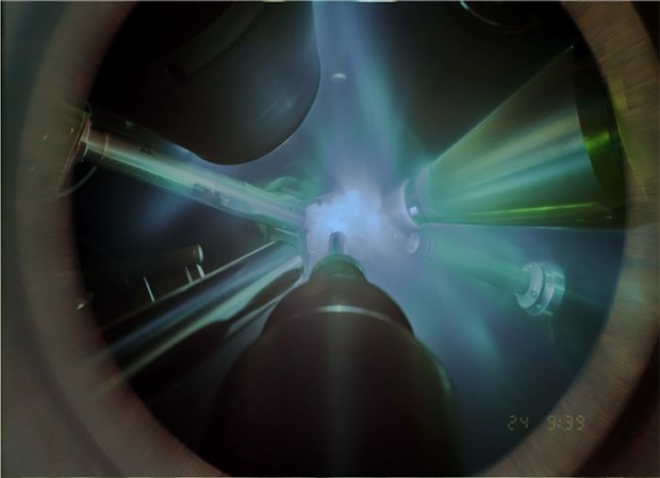 You probably think ice is such a cold transparent substance, one of a kind? But scientists can name at least 18 different types of ice, each of which has a specific structure with its own arrangement of water molecules. For example, the ice we use to cool drinks is referred to as Ice Ih or Ice Ic.

There are well-known structures numbered from Ice II to Ice XVII, most of them created in laboratories by applying different pressures and temperatures. And now scientists at the Livermore National Laboratory have opened another one.

“We wanted to determine the atomic structure of superionic water. But given the extreme conditions under which this elusive state of matter should be stable, compressing water to such pressure and temperature and simultaneously taking pictures of the atomic structure was an extremely difficult task that required an innovative approach, ”said co-author Federica Coppari.

In the course of their experiments conducted in the New York laser energy laboratory, scientists bombarded the water drop with more intense laser beams. Shock waves compressed water to a pressure exceeding the earth’s atmospheric pressure by 1–4 million times, and were heated to a temperature of from 1,650 to 2,760 degrees Celsius, which is about half as much as on the surface of the Sun. As a result of such extreme effects, the water turned into an unusual crystal, which was called Ice XVIII.

Superion ice is not just one oxygen atom in combination with two hydrogen atoms. In fact, its water molecules are destroyed, which allows it to exist in a semi-solid-semi-liquid state. This ice is very black and very, very hot, and at the molecular level it is strikingly different from the rest of the ice.

Superionic ice can be so peculiar that scientists are not even sure that it is water. “This is really a new state of matter, which is quite impressive,” notes physicist Livia Bove.

The video, also created by scientists from LLNL, is a computer simulation of the new superionic phase of water ice, which illustrates the random fluid movement of hydrogen ions (gray with red discharge) in a cubic lattice of oxygen ions (blue). The model shows that water simultaneously behaves as a solid and as a liquid.

Uranus and Neptune – the ice giants of our solar system – know firsthand about extreme pressure and temperature. The water they contain may undergo a similar process of destruction of molecules, and their depths may be filled with superionic ice.