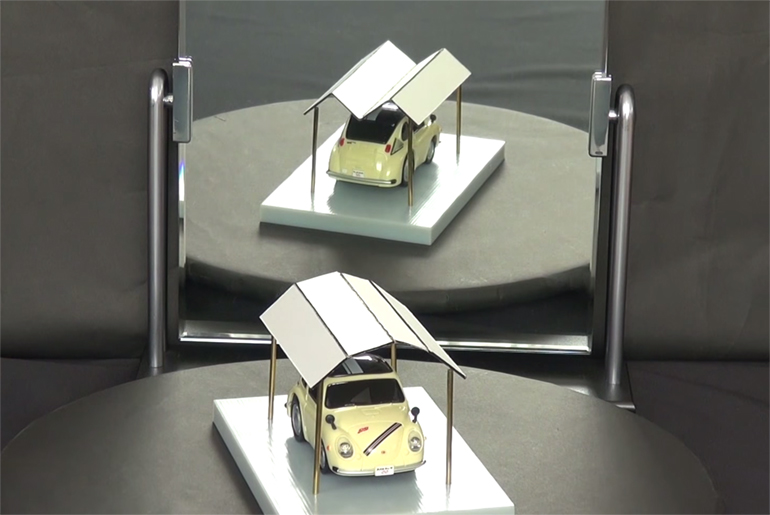 Earlier we wrote you about the cool “square-round” optical illusion took second place in the contest “Best illusion of the year 2016” from a Japanese math Professor from Meiji University named Kokichi Sugihara.

Today we want to show you another optical illusion in his performance. As is the case with the previous idea of a Professor, in this case a key role is also played by the mirror.