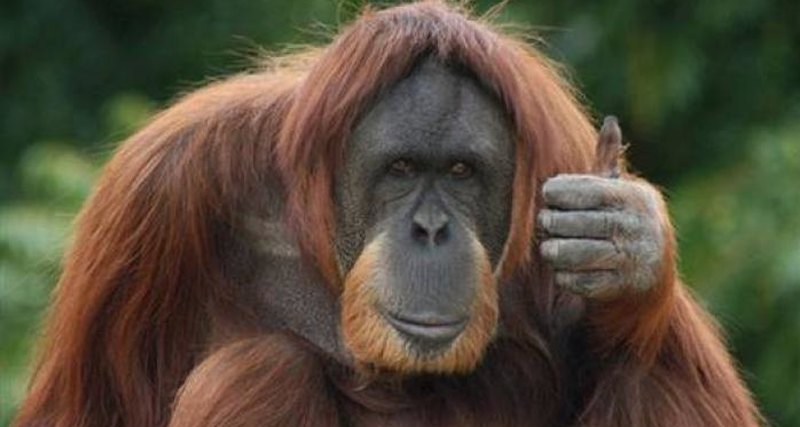 Orangutans from the island of Borneo were the only animals able to relieve pain and inflammation with homemade ointment.

Medicines are not only a human invention. Many other animals, from insects to our closest relatives – primates, are able to choose plants and minerals that can alleviate the symptoms of infections and other diseases. Recently, ecologists who observed orangutans on the island of Borneo, have discovered a method previously unknown to scientists, which animals use to treat small wounds with the help of plants.

Scientists have found that orangutans sometimes chew the leaves of a plant that does not enter their normal diet, grind it with teeth until the foam is formed from the juice. and then rub the gruel and foam into your fur. Monkeys can do this for 30-45 minutes, paying special attention to the limbs. According to scientists, this is the first known example of how animals use local painkillers.

People living in Borneo, too, use Dracaena cantleyi, a tall plant with dense leaves, as an easy analgesic. Laboratory experiments have shown that the juice of this plant inhibits the production of some types of cytokines – proteins, which, among other things, provide mobilization of an inflammatory response, scientists write in an article published in Scientific Reports. Probably, in the orangutans the juice of this plant also removes inflammation and calms the burning sensation.