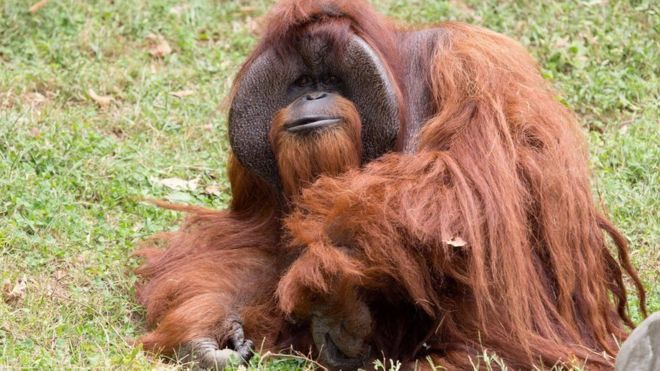 An international group of biologists and psychologists have found that orangutans find solutions to complex problems more quickly than even eight-year-olds.

Zoologists from the Leipzig Zoo in Germany have concluded that orangutans are better able to solve problems with the use of tools than children. Read also The orangutan who first learned human sign language died in the USA

An international group of biologists and psychologists have found that orangutans find solutions to complex problems more quickly than even eight-year-olds. Moreover, they do not require a hint, as often happens with children, reports BBC.

“We gave the orangutans a vertical tube in which a reward basket with a handle and a straight piece of wire were placed. The second task was similar – a horizontal tube and a wire bent at an angle of 90 degrees were given to primates,” says cognitive biologist Isabel Laumer. which led a group of researchers.

However, do not despair. Children in all age groups found solutions after they were shown how to make and use the necessary tool. This indicates that the point here is not in the development of the intellect, but in the social-cognitive behavior.

“Solving complex problems is related to the activity of certain areas of the prefrontal sections of the cerebral cortex, which in children are formed at a later age,” says Laumer. “This factor, as well as the strong dependence of children on social skills, can explain our results.”